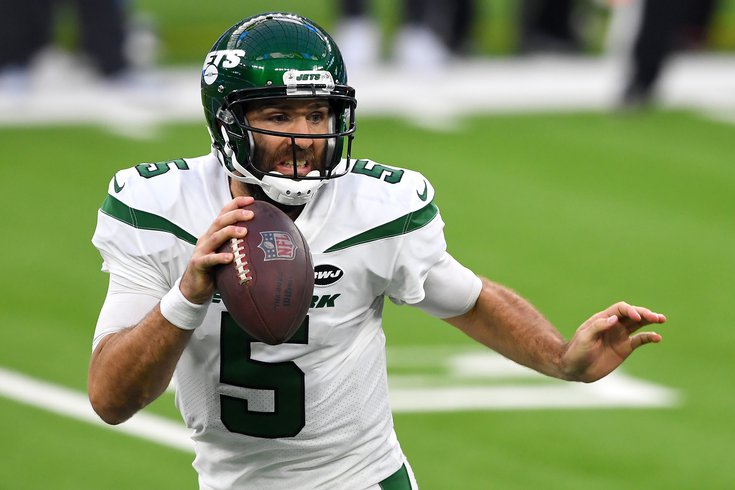 The Philadelphia Eagles will be signing free agent quarterback Joe Flacco, and according to multiple reports, the deal is worth $3.5 million, guaranteed, with up to $7.5 million in incentives. Which, just, ew.

Yes, the Eagles needed a backup with Jalen Hurts currently serving as the only quarterback on the roster, but paying Flacco anything more than the league minimum (or something close it) is absolutely baffling.

In 2020, the New York Jets paid Flacco a mere $1,562,500 on a one-year deal, and he proceeded to go 0-4 as a starter, with a QB rating of 80.6. The notion that he will now be getting a 224 percent increase in pay from the Eagles a year later, all of which is guaranteed, plus incentives that could drive the price up to $7.5 million, is simply laughable for a team that has already essentially admitted that they they will not be serious contenders in 2021.

There were certainly teams around the league that got better deals done with other backup quarterbacks. For example:

While some might argue that paying a little extra for Flacco is worth it because he can mentor Hurts, Flacco has demonstrated in the past that he had no use for a mentorship role, notably in Baltimore with Lamar Jackson and in Denver with Drew Lock. He did eventually concede that his role would shift more to a mentorship one with Sam Darnold in New York. But certainly, Flacco has not embraced that role, like, say, Josh McCown did in Philly in 2019.

If the Eagles were poised to be a contending team in 2021 and they really liked Flacco at this stage of his career for some reason, then you could maybe squint and find some merit in paying him this kind of money. But in a rebuilding season, and barely any room at all under the salary cap, this feels like a pretty indefensible and illogical signing.

Update: The contract structure details are in.

We guessed that the Eagles might structure Flacco's contract this way on Wednesday:

Because only the top 51 earning players count toward each team's cap, Flacco's $3.5 million will replace another player somewhere in the ballpark of $850K (for a net loss of somewhere around $2.6 million), which will leave them with under a million dollars with which to work. It's also possible, however, that we may see that Flacco's cap charges are spread over multiple years, in which case they'll have a little more breathing room in 2021.

So, that's what they did, but there's really no difference in the initial reporting that it's $3.5 million guaranteed. The Eagles merely kicked the can down the road. If we're being honest, the fact that the Eagles have to create dummy years just to do a $3.5 million contract goes to show just how bad their cap situation is.