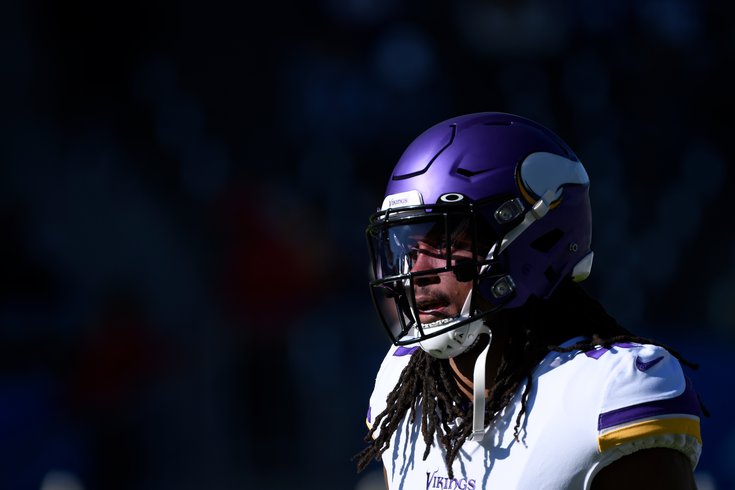 There was an interesting dichotomy between Howie Roseman and Nick Sirianni last week during the Eagles’ new league year Zoom-er.

Let’s just say the general manager grabbed the unleaded coffee and the new head coach doubled down on the Red Bull.

I don’t want to say Roseman seemed depressed but he came across as the guy reading the hostage note, just trying to get to the finish line of a necessary evil. Sirianni, on the other hand, over-corrected his less-than-inspiring first impression by going over the top with energy.

Anyone want to TALK SOME BALL!!!

From Roseman’s perspective, the Eeyore routine was understandable. He’s been the point man for the blame when it comes to the Eagles' fall from Super Bowl LII grace to four wins in three calendar years, and the broken relationship with Carson Wentz, who was introduced in Indianapolis as Roseman and Sirianni were talking.

Roseman knows the score. He’s the lightning rod and that’s the part of his job description most important to Jeffrey Lurie. If you watched the Eagles’ season of Amazon’s “All or Nothing” you know why the GM has the dark tint on his windows.

“I don't know if 'fair' is a consideration. I think it's the nature of the job,” Roseman said when asked about all the heat he’s been taking. “I think we have a tremendous fan base that's very passionate. I'm proud about a lot of things we've done here. But I also feel like we had a terrible year. We won four games. I'm certainly part of that and I have to wear that as well.”

The narrative that Roseman can’t do anything right turned a bit Friday with the news that safety Anthony Harris agreed to a cost-effective one-year deal, the kind of prudent Phase II signing in free agency that could turn the Eagles from bottom-feeders to overachievers quickly if the organization keeps stacking similar decisions.

On Friday, Roseman found such an opportunity.

A year ago, Harris was in the conversation for multiple years and an 8-figure income before the Minnesota Vikings franchised him.

The fall in Minnesota, the team the Eagles beat to reach Super Bowl LII, has been similar to the Eagles’ if not quite as steep.

Harris, now 29, and one year off leading the NFL in interceptions was the victim of one of the worst front seven in football last season, which lost All-Pro Danielle Hunter to a herniated disc and imposing nose tackle Michael Pierce to a COVID-19 opt out before the season even kicked off.

Add in star linebacker Anthony Barr to a torn pectoral in Week 2 and the realization that the Vikings lost all three starting cornerbacks in free agency — Xavier Rhodes, Trae Waynes, and Mackensie Alexander — and Harris and fellow star safety Harrison Smith were asked to be Supermen with no pass rush and rookie CBs.

It went about as you might expect. A defense that spent nearly half a decade in the top five dropped to bottom five overnight, ironic because Harris lost about $5M per season on perhaps a five-year deal because of that.

Smart organizations see that context and understand Harris is worth taking a chance on. The Eagles also have the inside information as well, because new defensive coordinator Jonathan Gannon was the assistant defensive backs coach for Mike Zimmer when Harris was just starting out as an undrafted free agent out of the University of Virginia in 2015.

It’s not a perfect signing by any means. Harris turns 30 in October and even if he returns to his 2018-19 form, when he was one of the best center fielders in the NFL, that means he’s right back on the market next spring asking for big money in advance of 31. Not exactly the game plan for a team that wants to get younger and more cost-effective.

On the field, Harris is best utilized in single-high looks and wasn’t nearly as effective in a dueling-safety Cover-2 shell designed to protect the young corners, which brings us to Adoree' Jackson, the former first-round pick in Tennessee set to visit the Eagles on Monday.

If Roseman can add the talented Jackson on a cost-effective deal because of what went on in 2020 with the Titans, dare you start to talk optimism?

That’s a first-round talent who can run opposite Darius Slay outside the numbers with Avonte Maddox sliding back inside to his more natural position playing in front of the proven ball hawk on the back end.

“I do feel like we have the people in place to do the right things again and climb that mountain again and get to the top,” said Roseman.