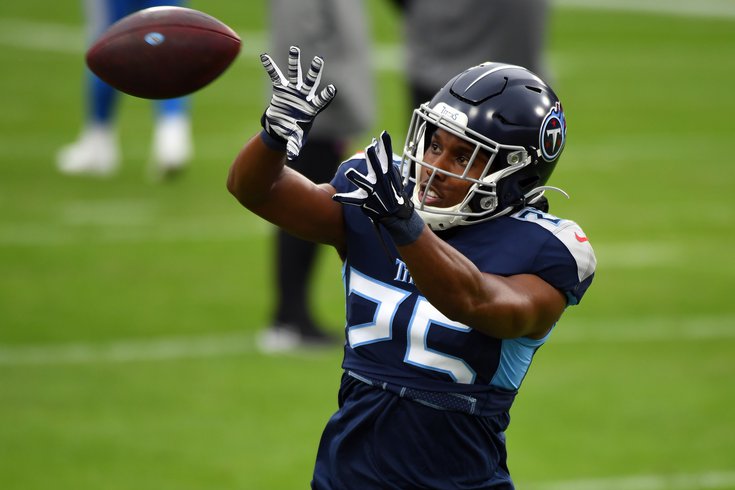 The Philadelphia Eagles are scheduled to host former Tennessee Titans cornerback Adoree' Jackson for a visit on Monday night, provided he doesn't sign with the New York Giants first, according to a report from Adam Schefter of ESPN.

To begin the Eagles have needs up and down their roster that they are going to have to address over the next few offseasons in free agency and the draft. In the draft, they should be more motivated by collecting the best available players, ideally at premium positions, as opposed to focusing on drafting the most glaring needs. However, as far as remaining needs specifically in free agency (i.e. adding competent players to fill out the current roster), there is arguably no bigger need to find a good player than at cornerback.

Here's a look at the Eagles' depth at corner, not including their free agents:

After three good years to start his career in Tennessee, Jackson had a weird 2020 season, in which he missed the first 13 games with something of a mysterious knee injury. There were hints that the Titans were expecting him to return sooner.

When he did return for the final three regular season games, plus a playoff game against the Ravens, Jackson did not play as well as he had his first three seasons in the NFL. Interested teams will have to be satisfied with Jackson's explanation for his 2020 season, and his medicals. If he can convince them that there is little reason for concern going forward, then Jackson is a very intriguing player to hit the open market.

In his first three seasons, while he only picked off two passes, he got his hands on a lot of footballs, as he had 33 pass breakups in 43 games. Also, though not a big hitter by any stretch, he was also thought of as a solid run defender, as he racked up 167 tackles during that same span. As an added bonus, Jackson is a good punt returner who has averaged 8.8 yards per punt return in 53 career attempts. He would be a clear upgrade over Greg Ward in that area, at a minimum.

The Eagles' interest in Jackson should not be a surprise, as they brought him in for a pre-draft visit back in 2017. They ultimately drafted Derek Barnett at 14th overall. Jackson came off the board four spots later, at pick No. 18.

If the price is right, and if the Eagles are comfortable with Jackson's desire to play, he would solve a huge hole at outside corner on a one-year deal, with a possibility for an extension if he pans out. Jackson is still only 25 years old, and he is a legitimate big-league athlete with proven starting ability.

And yes, because the Titans released him, Jackson would not count toward the compensatory pick formula, and the Eagles would still be on track to land a fifth round pick for the loss of Jalen Mills.

MORE: 10 players who make sense for the Eagles after the first wave of NFL free agency | NFL trade rumors: Eagles indeed appear to be interested in Deshaun Watson