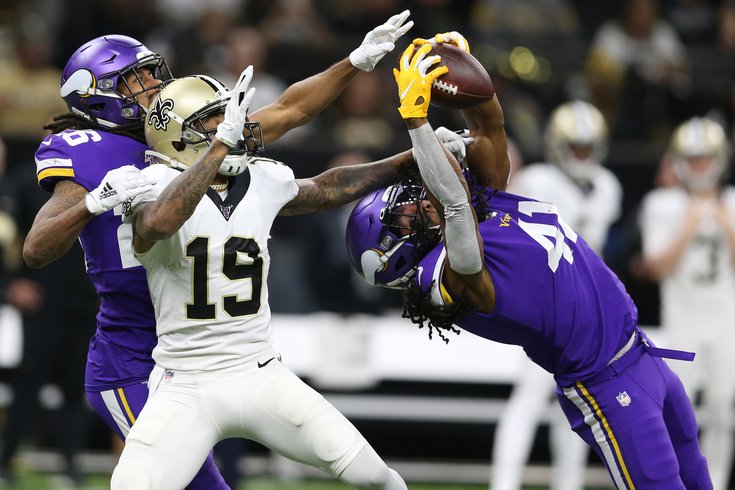 The Philadelphia Eagles are signing former Minnesota Vikings safety Anthony Harris, according to a report from Josina Anderson. It is reportedly a one-year deal worth $5 million.

Harris was an undrafted free agent of the Vikings out of Virginia who worked his way into Minnesota's starting lineup. He has played in 81 games, starting 47. In 2019, Harris picked off six passes, which was good for a share of the league lead. He added a seventh pick in the postseason, victimizing Drew Brees.

The Vikings franchise tagged Harris during the 2020 offseason, and he made $11,441,000. Had the Vikings tagged him again, it would have been 120 percent of that total, or $13,729,200. They made the obvious decision not to do so. Harris clearly did not find a strong market for his services during free agency this offseason, as the Eagles were able to land him as a reasonable cost.

The Eagles had a severe need at safety heading into this offseason, with Jalen Mills heading to New England on a four-year deal, and Rodney McLeod unlikely to be ready for the start of the 2021 season. Harris will obviously be an immediate starter.

One downside is that he will turn 30 in October, which is not ideal for a team in rebuild mode. Still, he's a good player at a bargain price.