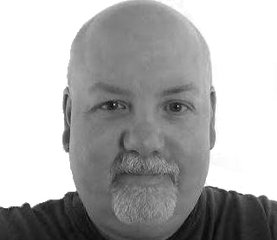 John McMullen is the NFL Insider for JAKIB Media and contributes Eagles and NFL coverage for SI.com. You can listen to John every Monday and Friday on SIRIUSXM’s Tony Bruno Show with Harry Mayes, every Tuesday and Thursday with Eytan Shander on SBNation Radio, and daily on your favorite podcast platform for “Extending the Play.” A South Jersey native, John has covered the NFL and NBA for over two decades. He lives with his wife and best friend, Isabella, the Beagle Bulldog who often chimes in with her own opinions on-air.

You can reach him at jmcmullen44@gmail.com or on Twitter @JFMcMullen .

The Eagles have relied so heavily on Dallas Goedert and A.J. Brown during training camp. What's the offensive philosophy behind that?

Jason Kelce cut to the chase when it came to the early returns on the Eagles’ offense after last Friday’s practice at the NovaCare Complex.

The 2022 Eagles' success is in the hands of quarterback Jalen Hurts.

John McMullen: No motion, no problem for the Eagles? That's their mentality

As the Eagles prepare to enter the 2022 season with play-caller Shane Steichen, it’s worth rewinding to the aftermath of Doug Pederson’s three-year fall from Super Bowl hero to stale offensive mind in the eyes of many Philadelphia fans.

The template for Nakobe Dean’s future in Philadelphia is his high-profile college stint at Georgia, which featured success from both team and personal perspectives.

John McMullen: The Eagles’ path to A.J. Brown: ‘What a long, strange trip it's been’

The Eagles' past mistakes put them in a position to trade for star wide receiver A.J. Brown.

John McMullen: Eagles must take advantage of continuity in the coaching staff

The Eagles have the benefit of keeping their 2021 coaching staff in place this upcoming season.

John McMullen: The Jaquiski Tartt signing puts a period on the Eagles’ transition

The Jaquiski Tartt signing has the Eagles bringing solid veteran help to their defense.

John McMullen: Nick Sirianni is walking a tightrope this offseason

The Eagles' spring was light when it came to on-field work and Nick Sirianni was asked more than once to explain the delicate balancing act he has to perform when it comes to player safety vs. substantive preparation.

Offensive coordinator Shane Steichen taking over play-calling duty for the Eagles speaks volumes about Nick Sirianni.
Page 1 of 17 next