A look at the Eagles' salary cap space, remaining needs in free agency, and other pending business 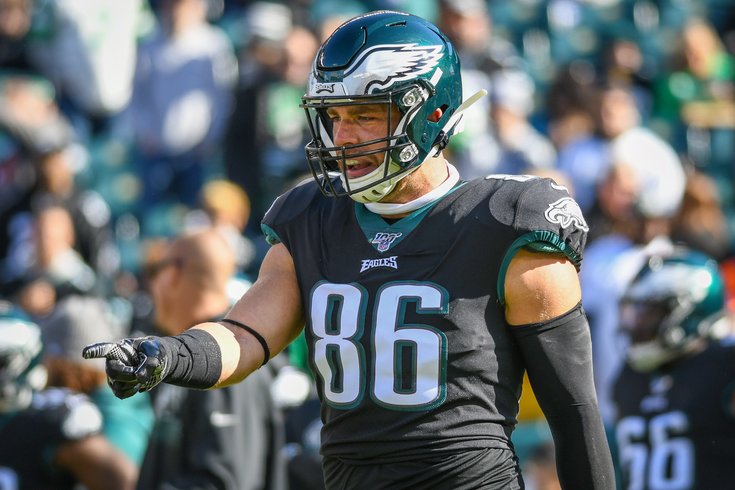 NFL free agency technically began a week ago today, so now feels like the right time to take an overview look at where the Philadelphia Eagles stand, in terms of salary cap space, and what they have left to do.

The NFLPA salary cap site finally updated each team's available cap space. As of yesterday, before the nonsensical Joe Flacco signing, the Eagles had $3,340,821 in cap space, the second-lowest amount in the NFL, behind only the Chicago Bears. We know that Flacco's deal is worth $3.5 million guaranteed, according to multiple reports.

Because only the top 51 earning players count toward each team's cap, Flacco's $3.5 million will replace another player somewhere in the ballpark of $850K (for a net loss of somewhere around $2.6 million), which will leave them with under a million dollars with which to work. It's also possible, however, that we may see that Flacco's cap charges are spread over multiple years, in which case they'll have a little more breathing room in 2021.

But the bottom line either way, which we have known for some time now, is that the Eagles don't have a lot of money. #Analysis.

So far, the Eagles have signed a pair of safeties and a backup quarterback. They have lost a slew of players, via trade, release, and free agency. Let's go ahead and list their notable roster changes, in chart form:

As you can see, the Eagles have lost more than double the number of players that they have either gained or retained. So the silver lining is that they should be getting some compensatory picks, right? Well, no.

Why don't you all go take a look a look at the Eagles' depth chart, as it stands right now, and tell me what position the Eagles still need to address in free agency, just in terms of finding a competent player who can start games.

If you identified cornerback, then you sir or madam are a master of the obvious. Unfortunately, there isn't much left in the way of corners still in their 20's, so the Eagles could either be looking at slapping an old guy Band-Aid at CB in 2021, or putting themselves in a position in which they're reaching for one in the draft.

You could also perhaps make an argument for linebacker, or wide receiver, but above all, they still need a corner, and they barely have any money.

One such way of gaining some money to spend on a corner, or to put toward the rookie signing pool (or both), would be to finally trade or release Zach Ertz, which would free up roughly $5 million.