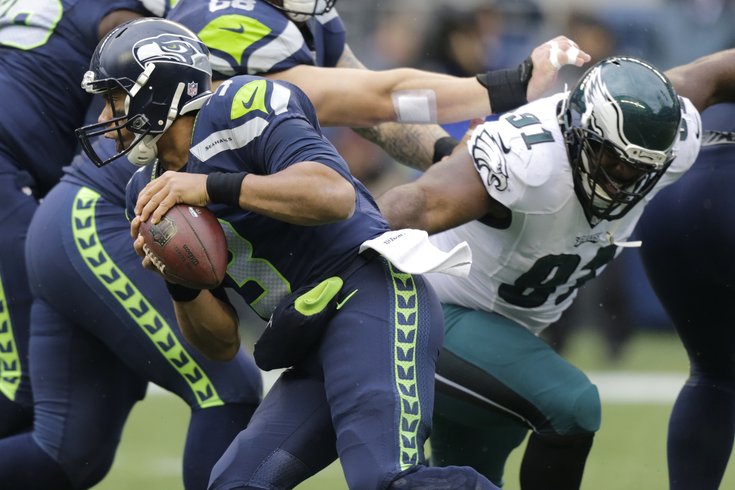 This "close but no cigar" image pretty much sums up the Eagles' recent pass rush efforts.

The Philadelphia Eagles are three-quarters of the way through their first season under Doug Pederson and are now a disappointing 5-7 after a 3-0 start. Let's grade the Eagles' third-quarter performances individually, continuing on with the defense.

Graham's play has fallen off a bit in recent weeks, especially in the sack column. However, he has more pressures than any defensive end in the NFL, according to Gil Brandt:

And he leads the NFL in run stuffs:

Unquestionably, Cox gets more attention from opposing blocking schemes than any other player along the defensive line, but it's not as if Cox hasn't had opportunities to make impact plays, and they just haven't been there. Giving him a C+ grade is a little harsh (we wouldn't give Destiny Vaeao a C+ if he were forcing double teams, for example), but with a $100 million-plus contract, Cox should be held to a higher standard.

Logan is a good run stuffer, and his value was appreciated more when he was lost for a few games with an injury earlier this season. However, he has not capitalized on favorable matchups in the passing game when Cox has gotten added attention.

There are times when opposing offensive coordinators can rely on their LT to handle Barwin with no extra help all game, while giving extra protection against guys like Cox and Graham. That's true of guys like the Cowboys' Tyron Smith, the Redskins' Trent Williams, the Bengals' Andrew Whitworth, the Browns' Joe Thomas, the Packers' David Bakhtiari, etc.

Barwin is a jack of all trades player who can be very valuable in the right scheme. He is not suited to be a "pin your ears back and attack the quarterback" player in Jim Schwartz's scheme, and has become a liability this season.

Curry has not generated anywhere near as much pressure as you would hope from a player who just signed a five year, $46.25 million contract. 1.5 sacks, 0 FF.

Despite Barwin's struggles, there is seemingly no real consideration given to playing a former first round pick more to help him out. That should tell you what Schwartz thinks of Smith.

Hicks has shown that he is a very good player. The hope going forward is that he can consistently make big plays, but he's not quite there yet. During the third quarter of the season, Hicks didn't have a single sack, FF, FR, INT, tackle for loss, or pass breakup. If he's going to become an elite defender, those types of plays need to happen with more consistency.

Bradham had a forced fumble against Cincinnati, taking advantage of an asinine Bengals play call to throw it to their offensive tackle with a big lead. Otherwise he's been quiet, unless you count personal fouls.

Kendricks' first quarter of the season was a disaster. His snaps are way down as a result, but Kendricks has been better when he has gotten chances to play.

In my view, Kendricks is "Exhibit A" when pointing out the shortcomings of Jim Schwartz as a coordinator. The best thing Kendricks does is blitz, and he has gotten to rush the passer seven times this season. Seven. That's less than once per game.

I get why Jim Schwartz wanted to bring Tulloch in, seeing as the Eagles lacked depth at linebacker, but the Eagles really haven't needed him.

When the Eagles look to save money by releasing guys this offseason, McKelvin will be the easiest decision. 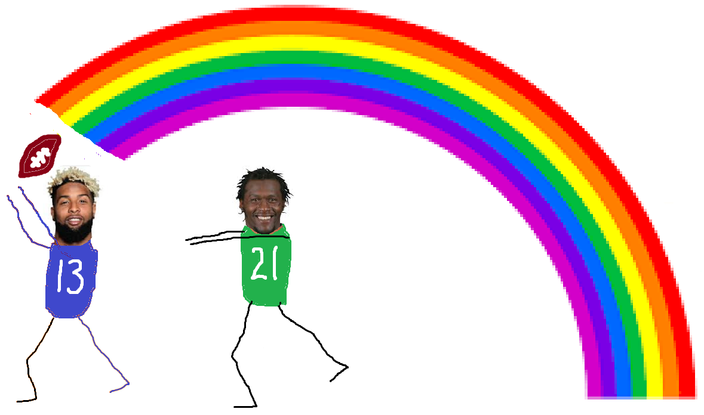 Carroll is probably the Eagles' best corner, which is less than ideal. Carroll is a competent No. 2 type of corner, but not a player you ever want covering star receivers, who the Eagles seem to face most weeks. The last four games have not been Carroll's best stretch.

Brooks suffered a season-ending injury against the Redskins Week 6.

Mills simply doesn't have enough speed to keep up with speedy receivers on the outside. I do, however, like his competitiveness and believe he has a chance to be a good slot corner, but opposing offenses are going to look to exploit his lack of speed whenever they see him on an island against fast receivers.

The Eagles would be wise to have an offseason plan that does not view Mills as a starter on the outside in 2017.

There aren't many players in the NFL who can transition as seamlessly from safety to slot corner as Jenkins has this season, but the move has hurt his productivity. The loss of Ron Brooks was perhaps more of a factor than many thought, because it removed Jenkins from his safety spot, where he was able to put himself in more positions to make big plays.

McLeod leads team in solo tackles (59) and interceptions (3), but has come under fire recently for lack of effort on a goal line play against the Bengals. I agree with Jim Schwartz's view of the play that it was more of a lack of recognition than a lack of effort.

There's obviously been a dropoff on the number of plays made from the safety position ever since Jenkins has been forced to drop down into the slot, which is to be expected. Watkins has been "OK" playing safety for Jenkins, but not so much that finding more safety depth would be out of the question this offseason.