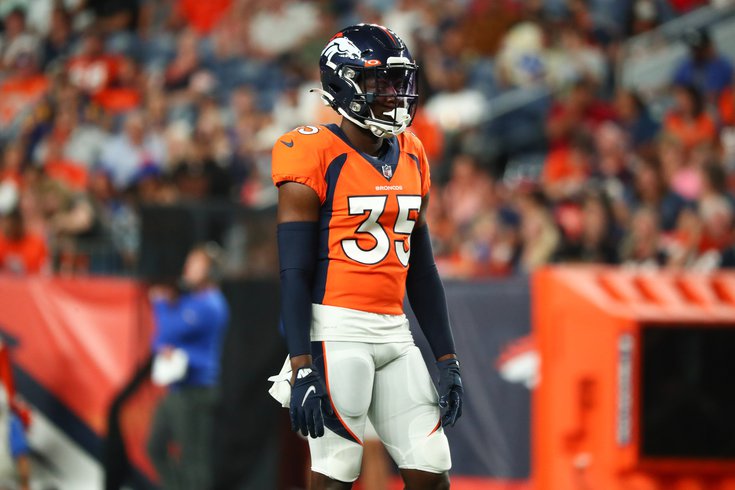 Just before the trade deadline closed at 4:00 p.m. EST on Tuesday, the Philadelphia Eagles struck a deal, sending a 2022 sixth-round pick to the Denver Broncos for cornerback Kary Vincent, Jr.

In their trade announcement, the Eagles referred to Vincent as a defensive back, so his role may not be limited just to cornerback.

Trade: Eagles have acquired DB Kary Vincent Jr. from Denver in exchange for a 2022 6th-round pick.

All of those guys — plus Darius Slay, Avonte Maddox, and rookie fourth-round pick Zech McPhearson — are on the 53-man roster. That's nine corners. The Eagles appear to be stockpiling young corners and hope that one or two of them pan out.

Slot corner with average size but exceptional speed and athleticism. He could see his draft stock rise given his workout potential. Vincent has the hips, feet and burst to stay tight with routes as a pro, but only if he shows marked improvement with pattern recognition and his coverage technique. He's played (and practiced) against NFL-caliber competition and brings a resume full of experience against quality competition. His best football could be ahead of him, but he needs to fully transition from athlete to cornerback for that to happen.

As Zierlein points out, Vincent is fast. He ran a 4.39 at LSU's pro day. Like many slot corners, he's also short, light, and he has short arms.

It's worth nothing that Maddox, the Eagles' current starting slot corner, is scheduled to be a free agent after this season. The Eagles will get a look at Vincent all year (at least in practice) in case Maddox isn't with the team in 2022.