Eagles vs. Jets: 5 matchups to watch

On Sunday the Philadelphia Eagles will take on their yearly fourth preseason opponent, the New York Jets, in a game that will matter for a change. All-time, the Eagles are 10-0 against the Jets, and are 14-point favorites this time around.

Our five matchups to watch:

1) The Jets' impotent passing attack vs. the Eagles' decimated secondary

With injuries to Jalen Mills, Ronald Darby, Sidney Jones, and Avonte Maddox, the Eagles currently only have three healthy cornerbacks. They are Rasul Douglas, Craig James, and Orlando Scandrick. Jones is probably the closest to be able to play on Sunday among the injured corners, but even if he can go... yikes.

Fortunately for the Eagles, if there were a game where the Birds can weather a bunch of injuries on the back end, this is it, as the Jets will likely be without starting cornerback Sam Darnold, as he has not yet been cleared for contact while trying to recover from mono:

Adam Gase says Sam Darnold has been cleared for non-contact, but wouldn't be able to play if the game were tomorrow or Wednesday: "It's not an ideal situation" pic.twitter.com/Tto0wfA6AC

I'm not a doctor, but the issue is that one of the symptoms of mono is an enlarged spleen, and if that bad boy takes a shot in a game, it can rupture, and well, you can die from that. So that would be a bad outcome for Darnold, who has not yet been cleared for contact.

"My spleen is going to do what it’s going to do" – Sam Darnold pic.twitter.com/3f9pv8crbG 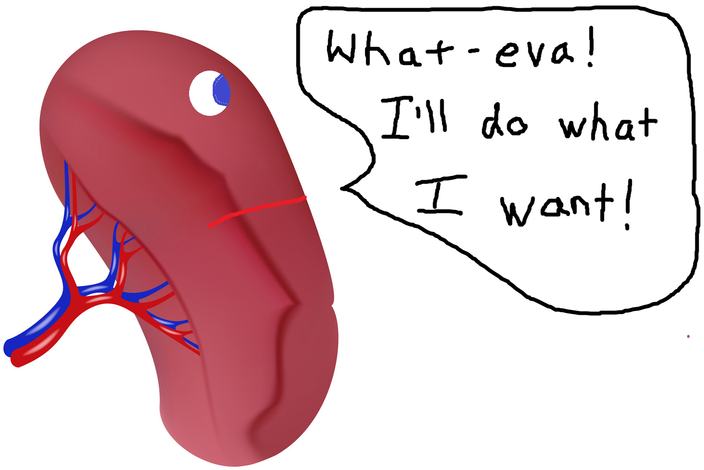 If Darnold can't go, as expected, the Jets will start Luke Falk, a sixth-round pick of the Titans in the 2018 NFL Draft, who is now on his third team. He was actually the Jets' third quarterback, but they lost their backup, Trevor Siemian, with a gruesome ankle injury Week 2 against the Browns.

Again, the Eagles should be able to handle this group, even with a decimated secondary. In theory.

MORE: Eagles power ranking roundup: Week 5 | Eagles TE Dallas Goedert was a beast against the Packers, with gifs and stuff

This season has been less than awesome for Bell, who signed with the Jets as a free agent after holding out for the entirety of the 2018 season. His game-by-game rushing numbers:

With their third quarterback playing, the Jets would love to be able to run the ball, but that won't get any easier against the Eagles' run defense, which has completely shut down lead backs this season:

Of course, it's not all Bell's fault for the slow start. Obviously, it's hard to run the ball when (a) you're playing from behind, (b) your quarterback is Luke Falk, and (c) your offensive line stinks.

The Eagles' pass rush was better in Green Bay than it has been all season, but they are still a long way from where they want to be, especially since, you know, they're dead last in the NFL with only 3 sacks. The Jets' offensive line, which has been God-awful this season, looks like so:

Adam Gase is considering a shakeup of the offensive line, per Brian Costello of The New York Post:

“We’re going to work through that this week and kind of figure out what’s best for us to do for Sunday,” Gase said. “All those guys know we’re coming in this week and competing and we’re going to put the five guys that we think give us our best chance out there. I’m not really sure who that’s going to be quite yet.”

With the Eagles' secondary ravaged by injuries, as noted above, the Eagles' pass rush needs to get home against what should be an over-matched Jets offensive line. There should be no excuses.

4) The Eagles' ball security vs. the Jets' opportunistic defense

If we're looking for nice things to say about this Jets team, it's that they have made some big plays on defense.

• They recovered a fumble in the end zone after a garbage-time muffed punt:

And Jamal Adams got a pick-6 after Tom Brady had already been pulled:

OK, so we're reaching a bit here, but maybe the Jets' three defensive touchdowns serve as a reminder that against a team that's dead last in total offense, dead last in passing offense, and 28th in rushing offense, you don't want to give them any freebies when your offense is on the field.

5) Um, I don't know, the Eagles' offensive line vs. the Williamses?

The Jets have spent a lot of resources on their defensive front, with minimal success. Since 2011, they have spent first-round picks on five defensive linemen:

Quinnen Williams is an extraordinarily talented player, and the Eagles cannot overlook him because he's a rookie, and because he has not played much. This would be a bad time for Isaac Seumalo to have an Isaac Seumalo game.

Sorry, that's the best I got. The Eagles have to smash this team.