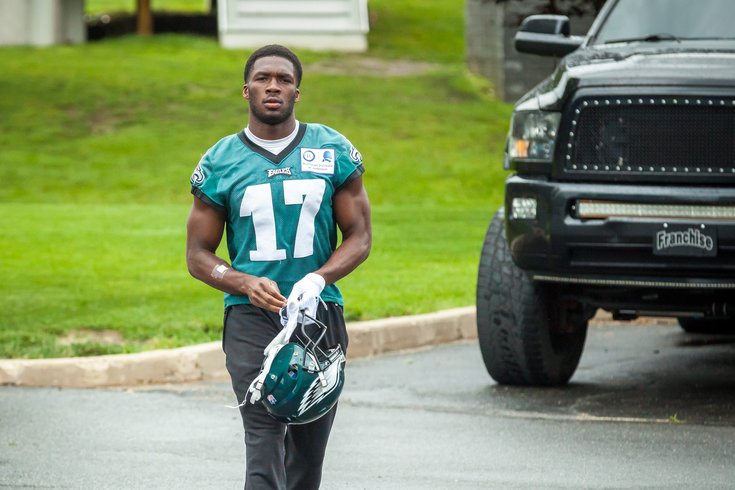 A dancer at a South Philadelphia strip club has accused Philadelphia Eagles WR Nelson Agholor of rape, the Eagles confirmed on Friday.

A 27-year-old dancer at Cheerleaders Gentlemen's Club on South Front Street told police she was raped by a member of the Eagles inside the club around 3 p.m. on Thursday, police said. The Special Victims Unit is actively investigating the alleged sexual assault.

The Eagles released a statement acknowledging the investigation.

"We are aware of the police investigation involving Nelson Agholor. The organization has been in contact with Nelson and with the proper authorities in Philadelphia. Because of the legal nature of this matter, we will have no further comment."

Attorney Fortunato Perri Jr., who is representing Agholor, says "Nelson has not been involved in any criminal conduct whatsoever." He would not discuss the allegations against him.

Related: Barwin issues statement, says he 'has no knowledge' of alleged Agholor incident

Agholor, 23, is preparing for his second season with the Eagles. The team broke minicamp on Thursday and is off until July 25th, when training camp will resume.

Staff writer Jimmy Kempski and the Associated Press contributed to this report.