A dead body has been called a "viral bomb" 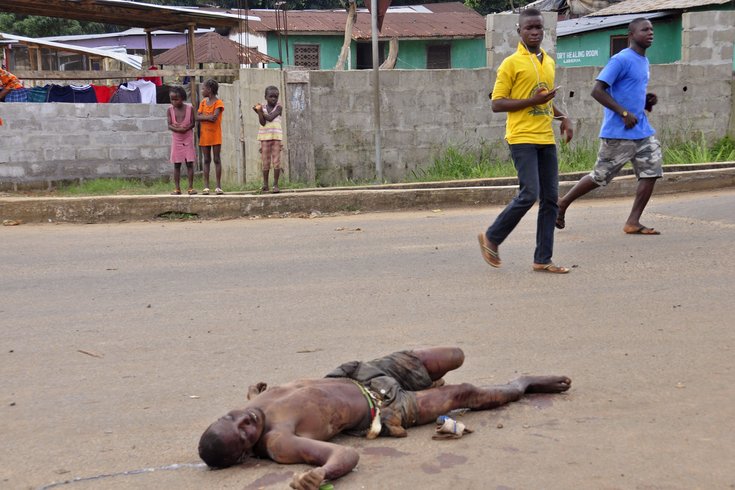 he lifeless body of a man lays unattended in the street as locals suspect him of dying from the deadly Ebola virus, as government warns the public not to leave Ebola victims in the streets in the city of Monrovia, Liberia, Tuesday, Aug. 5, 2014.

The dead body of a person infected with Ebola can be contagious for up to a week after death, a new study found.

Researches the National Institutes of Health in Hamilton, Montana conducted the study, which was published in Time Magazine, by infecting test monkeys with the disease and euthanizing them, then for several weeks sampling the tissue of their nose, mouth, blood, lung, spleen, liver and muscle.

The disease was detectable for up to 1o weeks, contagious for seven, the study found.

They concluded that infectious Ebola virus remained in the macaques’ organs for three days, and in their blood for seven days, after death. Viral RNA, which wasn’t infectious, was still detectable for 10 weeks.

The new findings underline the continued need for vigilance when burying the bodies of Ebola victims, as well as safer funeral practices. Liberia, for example, washing and kissing the corpse was a common custom.