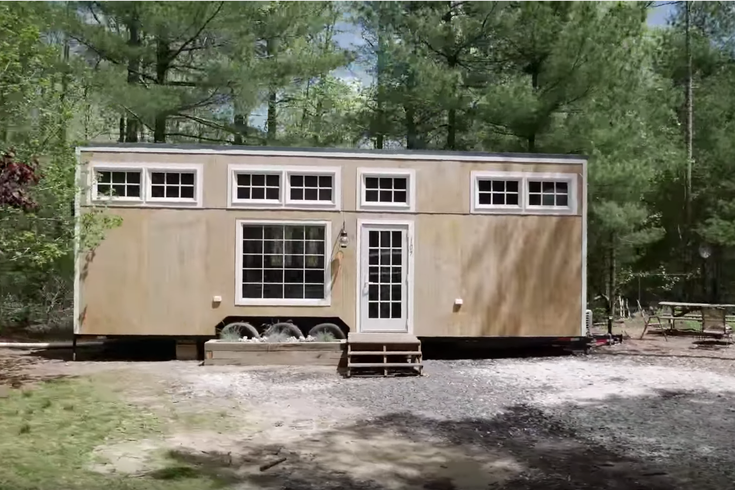 If you sometimes think your narrow Philly rowhome is too cramped, imagine living with four other people in a house that measures 32 feet by 10 feet.

It sounds like a Fear Factor scenario, but it's an everyday reality for New Jersey residents Andrew and Amanda Riddle, who live in a wildly tiny home with their three children in Egg Harbor Township.

The family's extraordinary living situation is so unique, it was featured on "The Rachael Ray Show" on Wednesday in a deep dive into tiny homes. The segment aired Wednesday afternoon during the show's 2 p.m. slot, and you can watch it below:

A show producer reached out to the couple after stumbling upon their budding internet presence — and their newfound tiny home construction business — according to NJ.com.

The Riddles have a sparsely-populated YouTube channel called "Tiny Vikings," which currently has just three videos uploaded, including a 10-minute breakdown of their unlikely home:

The family also launched a tiny home construction business earlier this year, called Team Tiny House, which they told NJ.com will ideally allow other families to live a mortgage-free life.

Once renters in Ocean City, the Riddles said they decided to downsize from a more traditional house in order to eschew paying a mortgage, and also to strike a better work-life balance.

We'll see how they feel about the living situation once the kids grow up.