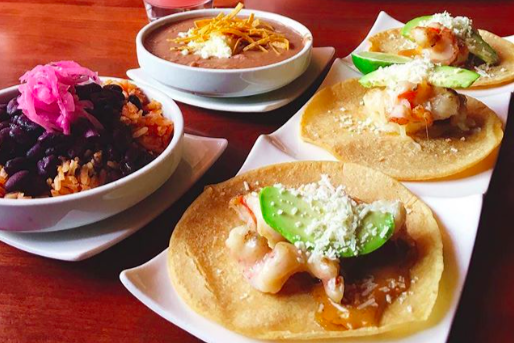 Shrimp tacos at El Vez in Center City Philadelphia are among the best in the United States, according to a 2019 ranking.

Cinco de Mayo has come and gone, but there genuinely is no bad day for tacos.

The Daily Meal compiled a list of the top 75 individual tacos in the country, hunting down not just the best Mexican restaurants, but the best dishes those places serve.

"In order to assemble our ranking, we started by compiling a list of several hundred of America's best taco joints and their most sought-after individual taco, with the aid of online review sites and local publications, and then narrowed down the playing field to the top 75," the editors explained.

El Vez made the list at No. 37 for its shrimp taco, which includes avocado, cotija cheese, salsa de arbol. There are also specials that vary up the ingredients from time to time.

Restaurateur Stephen Starr knows what people love to eat, and at El Vez he’s bringing top-notch Mexican food to the hungry Philadelphia, Pennsylvania, masses. An order of the tacos al carbon is enough to feed two, and the grilled shrimp is the way to go; it’s a masterpiece. Homemade flour tortillas get filled with slightly spicy and super flavorful shrimp that are hot off the grill, and you can customize how much poblano pepper, pico de gallo, guacamole and queso fresco you want to add.

El Vez opened at 121 S. 13th St. in Philadelphia in 2004, offering what Starr describes as "the embodiment of Mex-Eclectic spirit." The restaurant's success led to the opening of a New York City location in 2014.

Two other regional restaurants also made The Daily Meal's list: El Pique in Wilmington came in at No. 62 for its lamb birria taco and Pancho's Mexican Taquería in Atlantic City ranked No. 14 for its chivo — slow-roasted and shredded goat.

"In order to stand apart from the pack, these tacos had to have clean, vibrant and varied flavors, with each component good enough to stand on its own," The Daily Meal said. "A perfect taco is balanced, and isn’t loaded down by superfluous add-ons."