There's a burger battle happening at Emmy Squared this March 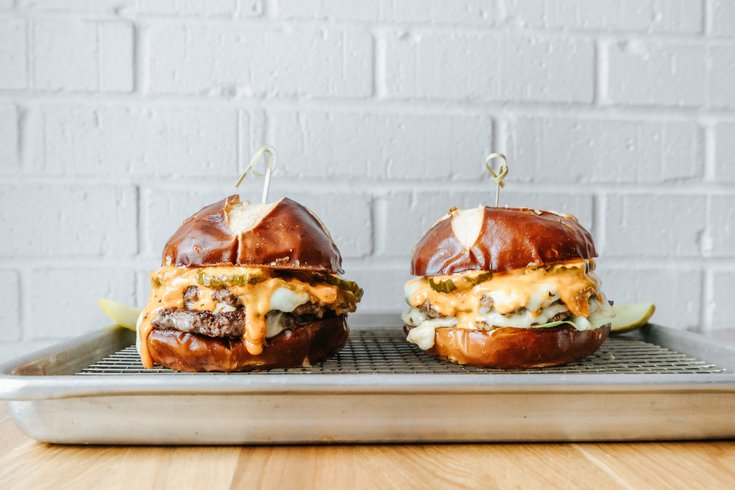 The Emmy Burger from New York City's restaurant Emily will be sold at Emmy Squared for the month of March.

This March, all Emmy Squared locations, including the one in Philadelphia, will have the Emmy Burger for sale. The menu item is a double-stack burger from sister restaurant Emily in New York City's West Village.

Emmy Squared, a mini-chain that sells Detroit-style pizza, has its own burger called Le Big Matt. By offering both burgers at the same place, guests will be able to determine which of the two is their favorite. 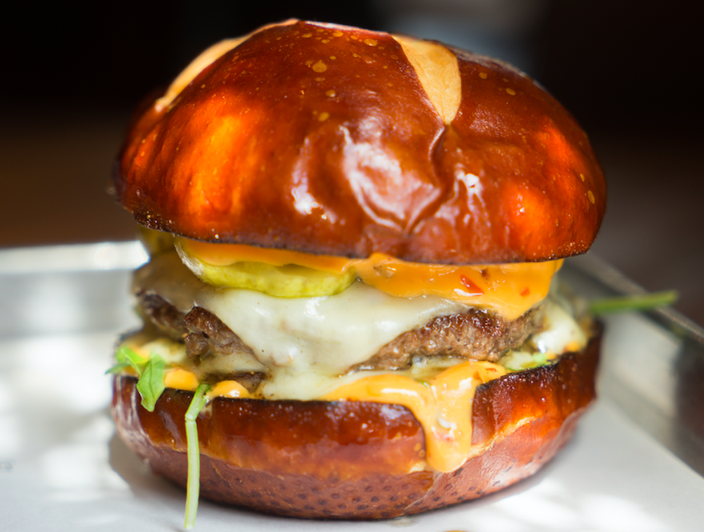 Le Big Matt Burger has a double-stack of grass-fed beef patties, American cheese, greens, pickles, Sammy Sauce and comes with a side of waffle fries.

While both are double-stack burgers with pretzel buns, there are some key differences between them.

The Emmy Burger is made with dry-aged beef patties cooked to medium rare and topped with Emmy sauce made with a gochujang and Kewpie mayo base, caramelized onions, American cheese and pickles on a pretzel bun. It's served with curly fries.

Le Big Matt is made with grass-fed beef patties topped with American cheese, Sammy sauce made with a mayo and sambal base, greens and pickles on a pretzel bun. It comes with Emmy Squared's signature waffle fries.

The Emmy Burger will be available at Emmy Squared locations for a limited time, allowing guests to vote for the burger they love most via social media. When March ends and votes are tallied, everyone that voted for the winning burger will receive a $10 gift card to Emmy Squared.