Races coming up at the shore and near Philly 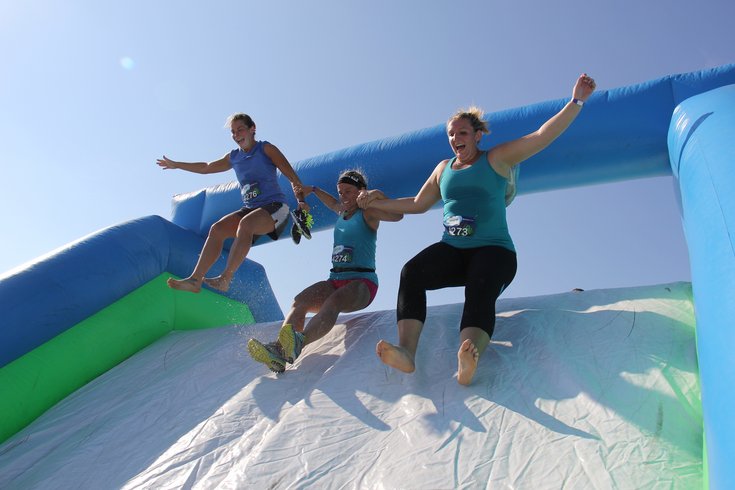 Runners jump down a slide during the 2014 Jersey Shore Insane Inflatable 5K.

When you inevitably get bored with your morning gym routine, check out the zany series of 5K courses heading straight for the Philadelphia area. The Insane Inflatable 5K is making five local stops this summer and fall and spots are already filling up.

Insane Inflatable 5K courses are part foot race and part blow-up obstacle course. It all starts with a big climb up an inflatable wall before runners launch themselves down the other side: an inflatable slide. From there obstacles range from adult-sized bounce castles to military-style climbing walls. The race is about as long as a 5K race but isn't timed. 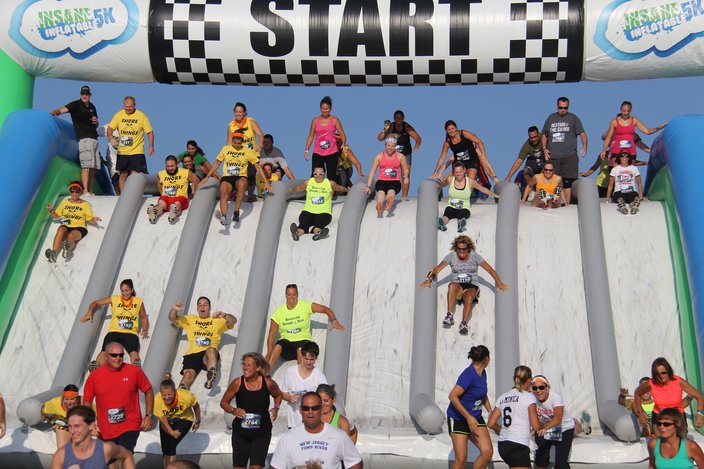 There is no minimum age for participants, but runners must be at least 42 inches tall. Spectators can come watch for free. Afterward, a post-race party will include games, inflatable fun and food. Races run from 8:45 a.m. to noon and tickets cost between $49 and $100, depending on how far in advance they are purchased.

Inflatable 5K will make its way to the Philly area on the following Saturdays: