Not all doctors are behind 'revolutionary' ketamine-based antidepressant 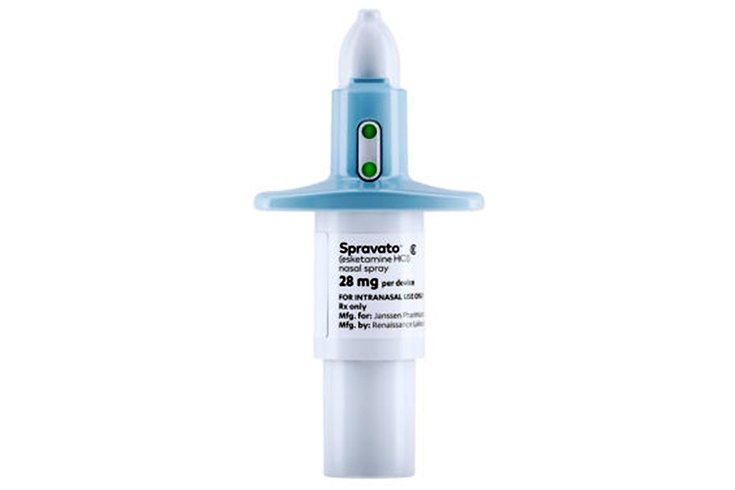 Spravato is an esketamine nasal spray.

Esketamine was to serve as an effective treatment for individuals in which other antidepressant treatments did not prove to be helpful.

"There has been a long-standing need for additional effective treatments for treatment-resistant depression, a serious and life-threatening condition," said Dr. Tiffany Farchione, acting director of the Division of Psychiatry Products in the FDA's Center for Drug Evaluation and Research in the organization’s announcement of the drug’s approval.

RELATED READ: Esketamine: what you need to know about this promising new drug

Here are their main points against the new psychedelic drug:

The doctors note in their Vice opinion piece that the esketamine nasal spray costs nearly $900 per dose — that's about $7,000 for the first month of treatment. Generic ketamine, they say, is available for a "fraction of the price," and has been shown to be effective in clinical trials.

Ramos, Boyd and Alpert note that esketamine didn’t perform any better than placebo in two of the three studies submitted to the FDA. They write:

The reality is that we don’t know whether esketamine is more or less effective than regular ketamine because there have been no head-to-head trials between the two. Johnson & Johnson only tested esketamine against a placebo, likely because they feared esketamine might actually perform worse than the generic version.

The doctors argue that the biggest problem with esketamine is not esketamine but its misrepresentation as a "revolution in mental health treatment." They write:

While Johnson & Johnson rakes in the profits from esketamine, patients dealing with depression and trying to navigate our struggling mental health system will bear the cost. Fostering the development of mental health treatments that are novel, effective, and affordable will require a critical examination of the undue corporate interests that drive drug approval in American psychiatry today.