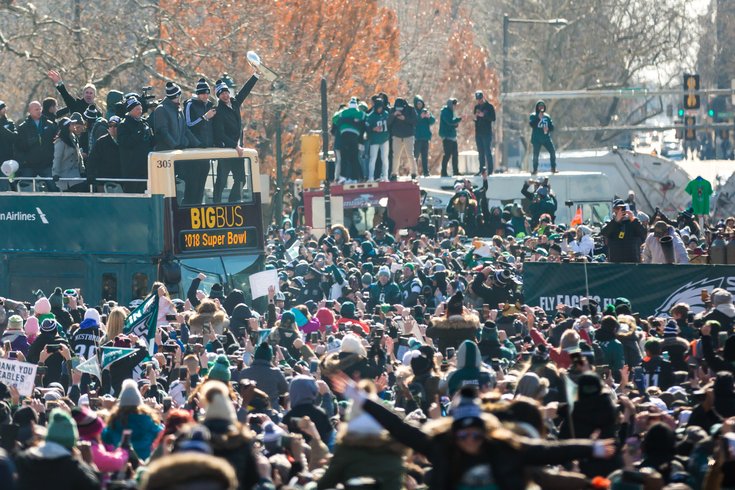 The Philadelphia Eagles are 10-1. As such, in my weekly Eagles chat on Thursday, I was asked to look at recent teams that started 10-1, and what their eventual fates were (h/t "The Tonner" for the question). I went back 10 years, and by my count, there were 13 teams that started the season at 10-1 or 11-0. Here's how the rest of their seasons went.

• 2020 Steelers (11-0): When the Steelers were 11-0 in 2020, there were plenty of analysts who thought they might be the worst 11-0 team ever. They were probably right. The Steelers proceeded to lose four or their final five regular season games before getting dumped by the Browns in the wildcard round of the playoffs.

• 2020 Chiefs (10-1): The Chiefs made it to the Super Bowl and were actually favored over the Tom Brady-led Buccaneers, but they could not overcome a banged-up offensive line that allowed Patrick Mahomes to be under constant pressure for four quarters.

• 2019 Patriots (10-1): The Patriots lost three of their final five games, costing them a first round bye, before the Titans beat them in the wildcard round of the playoffs, a game that wound up being Brady's last in New England.

• 2018 Saints (10-1): The Saints lost to the aforementioned 2018 Rams in the NFC conference championship game, when the Rams' Nickell Robey-Coleman committed a blatant, but uncalled pass interference penalty.


Saints fans then held a pathetic parade to voice their displeasure.

• 2016 Cowboys (10-1): The 2016 Cowboys were fueled by then rookies Dak Prescott and Ezekiel Elliott, finishing the regular season at 13-3. They got a tough matchup in their first playoff game in the Green Bay Packers, and were one and done. To this day, I still find this game-winning field goal by Mason Crosby funny. It looks like it's going to be wide left — and you can see the quick glimmer of hope among the fans seated behind the end zone — before it magically corrects itself and goes through.

Ice in the veins of @Packers kicker Mason Crosby ❄️❄️

Green Bay takes down the No. 1 seed Cowboys in the 2016 Divisional Round pic.twitter.com/BqZERpcRbr

• 2015 Panthers (11-0): The Cam Newton-led 2015 Panthers went to the Super Bowl, but got dominated by the Broncos' defense. Along the way, Newton had this strange play where he didn't try to jump on top of a fumble.

With four minutes left in Super Bowl 50, MVP Von Miller strip sacks Carolina's Cam Newton, who appears to hesitate when attempting to recover his own fumble.

• 2012 Texans (10-1): The Matt Schaub-led 2012 Texans weren't taken very seriously as some sort of juggernaut. They got to 11-1 before losing three of their final four games, costing them a first round bye. They beat the Bengals in the wildcard round, but were easy pickings for the Patriots in the divisional round.