Exorcism, being feminine, and the mystery of death

A day in the life of a student chaplain 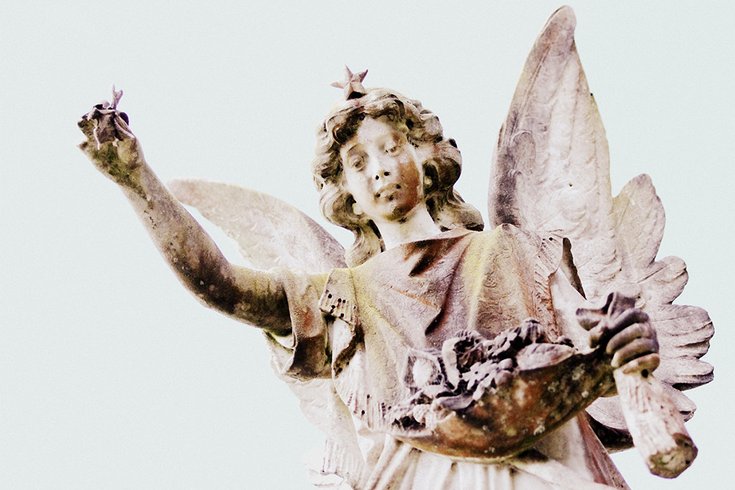 Photo by Sandy Millar /on Unsplash

The following is an excerpt from “Birth, Breath, and Death – Meditations on Motherhood, Chaplaincy, and Life as a Doula,” by Amy Wright Glenn. Currently Amy is working on her second book to be published by Parallax Press and available in the summer of 2017.

Clinical Pastoral Education (CPE) training made sense to me as a yoga teacher. The practice of mindfully breathing while holding a challenging asana gave me a good sense of what I was being called to do as a chaplain. The practice of holding space for a woman’s pain during childbirth helped me listen compassionately to a dying man express wrenching regret for a life half-lived. My interest in dance, dreamwork, and body-centered therapies added depth to my hospital chaplaincy experience. At times, I meditated with patients during a chaplaincy visit. Once, I offered a woman a foot massage so she could calm down during a necessary medical exam. Focusing on the breath and the mindful use of therapeutic touch helped restore vital energies and relieve mental confusion.

Our CPE supervisors emphasized an archetypally feminine way of being. I often thought of the night sky, the moon, and a mother’s gentleness while pulling an all-night shift at the hospital. It became important for me to walk out of the building and soak in the fresh air even for five minutes before continuing with my rounds. Our CPE supervisors encouraged us to listen more, care deeply, and soften around the hard edges of pain. The feminine powers of holding space and stopping to marvel at moonlight sustained me.

One day, our CPE director pounded his fist on the table, shouting, “You must be Feminine! Feminine!” The irony in his loud and stereotypically masculine gesture made me smile. From day one, I admired this heartfelt, cranky, and insightful man. It was an honor to spend nearly a year in a close supervisory relationship with him.

Being compassionately open involves respecting one’s limits. Reminded to “honor our edge,” we were never asked to do something that went against our ethical or spiritual beliefs.

However, many of my peers felt that holding compassionate space and simply listening deemphasized their religious obligation to affirm beloved metaphysical teachings regarding truth. How could an evangelical chaplain hold the space for a dying atheist and resist the temptation to evangelize? How could we understand a patient’s struggle rather than interpret it?

We spent many hours discussing the use of prayer. A few of my peers wanted to conclude their prayers with a proclamation of faith. They longed to end their pastoral visits by invoking the name of Jesus Christ, but when caring for a Jewish or Hindu patient, for example, this is not appropriate. Our director’s wise reflections helped. He told the evangelicals in the group that although the hospital isn’t a place for Christian chaplains to teach the word of Christ, it is a place for Christian chaplains to embody the Word. He advised us to set aside formulaic religious approaches and affirm love’s essence. Regardless of a chaplain’s religious or spiritual point of view, the chaplain must embody the spirit of compassion, which is known by many names. The patient’s needs are primary. A patient’s faith and identity must be honored. Some patients don’t want to pray at all.

Simply sit vigil next to a person.

Place a hand on the back.

Have a listening heart.

Being compassionately open involves respecting one’s limits. Reminded to “honor our edge,” we were never asked to do something that went against our ethical or spiritual beliefs.

I met my "edge" one afternoon when I was called to the oncology floor. I sat by the bedside of a 60-year-old woman in the last days of a disfiguring battle with cancer. Bald and barely conscious, she stirred and mumbled nonsense in a drug-induced state. She shook, quaked, and moaned. She smelled. Her eyes remained closed as I spoke softly to her. She didn’t respond to my presence.

Her youngest son was also in the room. He had called for the chaplaincy visit. I focused my attention on him. “How can I best support you through this difficult time?” I asked.

He quickly explained that he had rejected his mother’s Catholic faith and was a fundamentalist Foursquare Gospel Christian. He shifted nervously back and forth by her bed. “Do you have any anointed oil?” he asked. “Can you do an exorcism? My mother is possessed by demons. Yes, the demons have her.”

At this point, I just stared at him. This was not what I had expected. I looked at his mother’s bald head and gently touched her unmoving hand.

“What makes you think your mother is possessed?” I asked. 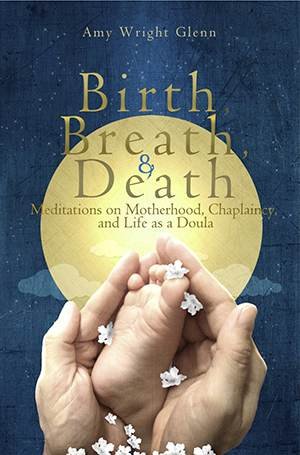 The cover of Birth, Breath, and Death – Meditations on Motherhood, Chaplaincy, and Life as a Doula, by Amy Wright Glenn.

The young man described all of her physical symptoms. Again he asked if I would perform an exorcism. At this point, I had lost interest in having compassion and trying to understand his fears. I could no longer hold space for him. His focus on paranormal phantasies triggered my past. I quickly started to interpret what he was saying. My own harsh judgments began to arise.

“The symptoms you describe are the result of the pain medication your mother is taking. She is not possessed by demons,” I said, trying to sound calm. I suggested he consult with the nurse regarding the normal responses to morphine. Inside, I saw my director’s fist hit the table, as he demanded feminine energy to emerge. Yet how was I supposed to listen with openhearted compassion to this request for an exorcism? This appeal was for him, not her. How could I find a way to bring to light the nervousness, fear, and anxiety motivating him to seek out such a nightmarish response to his mother’s impending death?

My worldview took center stage. I didn’t want this woman “exorcised.” She needed loving care, not fear-based, delusional mumbo-jumbo. My interpretive and judgmental thoughts rushed to the foreground of my consciousness. Surely one of my evangelical Christian colleagues could have handled this with greater understanding.

Finally, I said, “I simply can’t do an exorcism for you. I don’t believe in demons. I wouldn’t even know how to pretend to do such a thing.”

I’ve recited parts of The Quran with Muslim patients and invoked the Hail Mary prayer with Catholic patients. I’ve chanted sutras from The Bhagavad Gita with an elderly Hindu couple. Once I discussed whether the second law of thermodynamics applied to the energy of consciousness with a dying atheist professor of physics. I’ve brought Talmudic texts to rabbis facing death’s threshold and prayed with strangers standing next to bodies in the morgue. But there was absolutely no way I could ever know where to start to even pretend to lead an exorcism. I had hit my "edge."

I ended up leaving and later returned with prayer oil, which I gave to the son. I left again. While I was gone, a few of the son’s friends from a local fundamentalist church arrived. I wasn’t in the room for the dramatic showdown, but the nurses told me about the loud voices proclaiming the power of Christ who stands at the right hand of the Father. Finally, with Lucifer denounced, the room again was quiet. Only the sounds of beeping machines and an unconscious woman’s breath remained.

Later, the patient’s sisters arrived. As practicing Catholics, they expressed frustration with their renegade Foursquare Gospel nephew. The woman was dying. The sisters did what the son couldn’t yet do. They mourned.

Within the hour, I sat with a different family in another hospital room and listened to the story of another illness and another passing. The hallways provided needed spaces for reflection. They were breathing spaces.

In all of my encounters, I wondered about my own understandings of birth, breath, and death. How could I stay open to these mysteries? I had practiced breathing mindfully in difficult places, including the loss of babies and the suicides of young men. It took great strength to hold space and breathe with them. I did my best to rely on a power greater than me to sustain me.