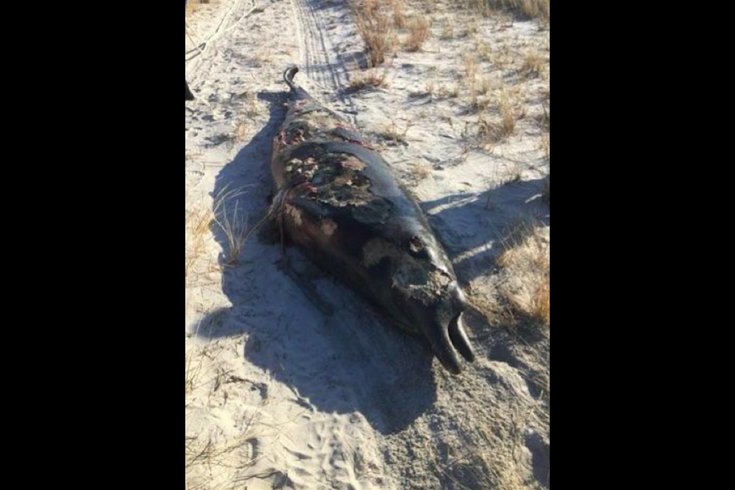 A Blainville's beaked whale was found washed up along the Jersey Shore.

Staff from the Marine Mammal Stranding Center responded to the call after the male Blainville's beaked whale surfaced near Island Beach State Park. Officials said that it was only the second time in more than 40 years that they've come across the mammal.

Bob Schoelkopf of the MMSC said the whale's remains were not retrieved until Tuesday because crews had to wait for low tide. The animal is now buried, Schoelkopf said.

The whale's cause of death is unknown, according to the MMSC. The animal was decomposing on shore when staff responded.

The species is so rare that the skull of a Blainville's beaked whale that was found in Morganville, Monmouth County, in 1989 is currently on display in the MMSC's Brigantine facility.

Blainville's beaked whales  most commonly are found in temperate and tropical waters of the Atlantic, Pacific and Indian oceans and are known to swim at great depths, according to Whale and Dolphin Conservation.

The Blainville's beaked whale is classified as a "data deficient species" by the International Union for Conservation of Nature, meaning there is little or no information available for a proper conservation status to be named.