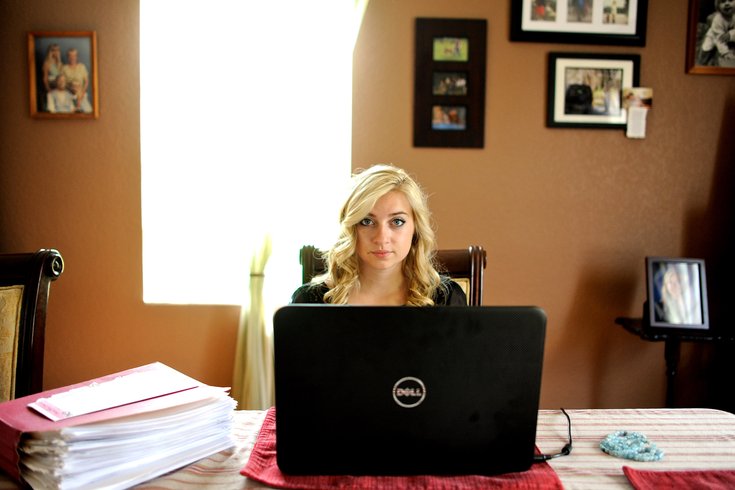 While social media websites, such as Facebook and Twitter, allow for extended social time with people, they also provide an environment for repeated and sustained harassment.

Too many of us have been in a situation where a friend posts an alarming status on social media about wanting to end their life – a call for help that disappears into cyberspace.

Knowing the power of social media, Facebook is launching a suicide prevention feature that will allow users to flag friends' posts.

“Suicide right now is like AIDS in the ’80s,” Rob Boyle, a Facebook product manager, said at his company's Compassion Research Day on Wednesday, according to the San Francisco Chronicle. “It’s this huge issue, but people are afraid to talk about it.”

If a user writes on the social network about harming himself or herself, friends can click a “report” icon on the upper right-hand corner of the post. That will offer an option for Facebook's trained team to intervene.

If this helps even 1 person, it'll be a success: @Facebook adds new tools for suicide prevention http://t.co/zPPNJA0Tf5 #suicideprevention

If Facebook determines a post contains a suicidal message, the company will lock the user out of Facebook and Facebook’s Messenger app. Before the user can log back in, he or she would see a page with links to suicide prevention materials and a way to contact Facebook friends or a suicide hotline.

“A friend thinks you might be going through something difficult and asked us to look at your recent post,” a message reads.

Starting this week, Facebook will gradually roll out the feature. Read more on it here. 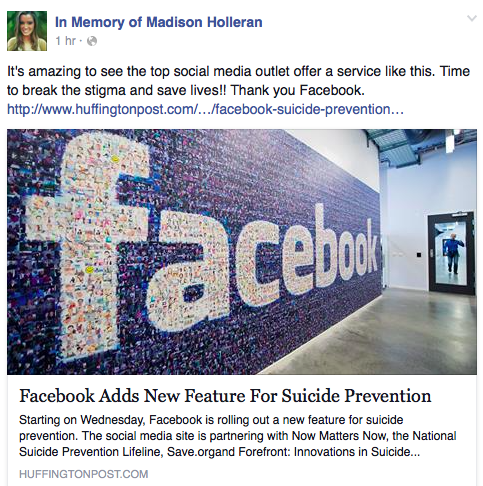