#FakeNews: Reality star calls Joel Embiid her Valentine… which he shoots down 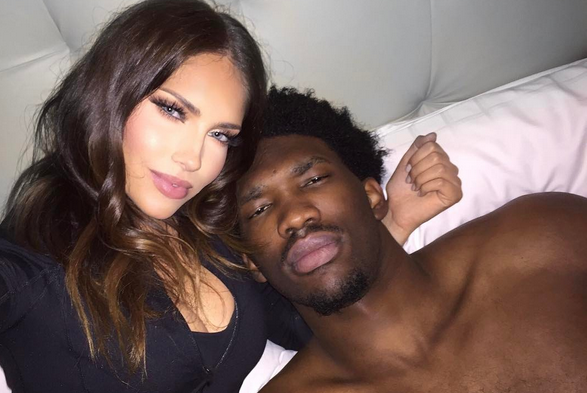 This is #FakeNews, according to Joel Embiid.

Joel Embiid’s dating life has been the subject of constant discussion, mostly because the Sixers rookie center talks or jokes about it all the time. A few weeks ago, model Danielle Knudson seemed to be in Philly because she trusts the process, and now another woman has crossed paths with Embiid: Olivia Pierson.

Who is Olivia Pierson? Well, unless you’re a dedicated E! or reality TV fan, you probably not know. Pierson is one of the stars of WAGS (they love the all caps thing at E!), a show which “chronicles the professional and personal lives of several wives and girlfriends of high-profile sportspersons.”

Pierson was dating Jacksonville Jaguars tight end Mercedes Lewis, but at some point, she seems to have moved on to “The Process.” On Tuesday, Pierson left a nice Valentine message to Embiid for her 1.5 million followers to see: 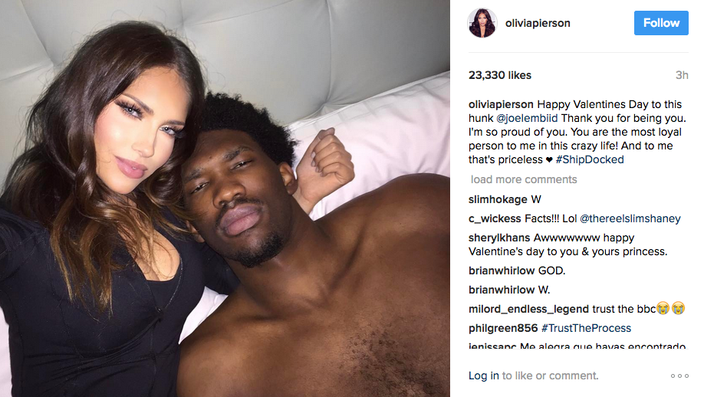 But wait a minute, what’s that? 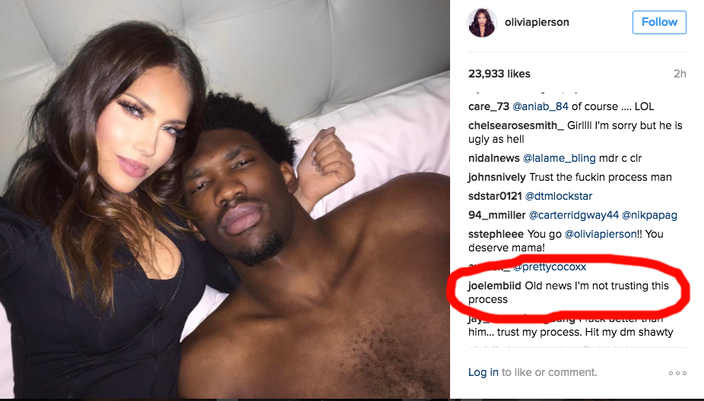 Embiid, who is at least making it seem that Pierson’s post (which again, emphasized loyalty) was insincere, later went on Instagram Live to make another Trump joke:

It’s probably worth pointing out that WAGS was renewed for a third season. And just like his return date to the court, Embiid’s off-court life has a decent bit of mystery surrounding it.