One rule: It's gotta be somebody else's brews 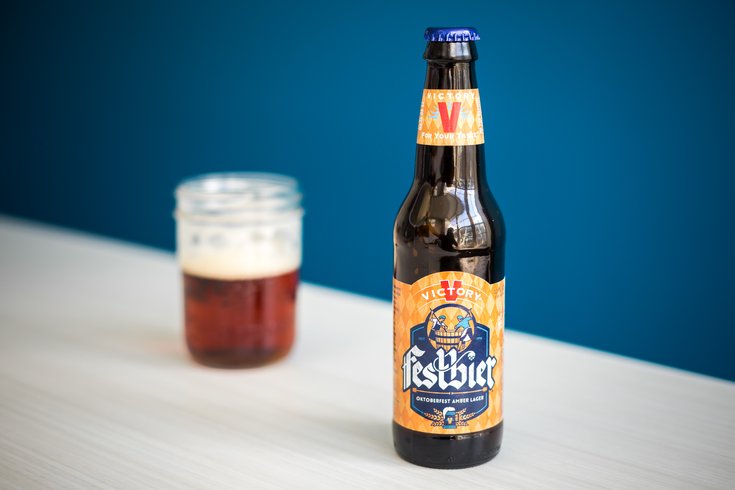 As delightful as spring ales and summer sours are, there's no hiding the palpable excitement for pumpkin beer and the arrival of Oktoberfest. With fall comes, many would argue, craft beer's most exciting, adventurous lineup of seasonals for the year.

Here, we reach out to 16 of Philly's craft breweries to get their local picks for Fall 2016 beer — ones that aren't their own, of course.

The Taste: It's slightly sour with a big lime flavor.

Why I Picked It: Had it at the Eagles tailgate last weekend. A real good early fall thirst quencher that helped the hot dogs go down.

The Taste: Malty and bittersweet, Spinal Remains starts with chocolate and coffee that give way to hints of pumpkin, spices and vanilla. Each sip finishes with a kick of dark roast and cinnamon.

Why I Picked It: Fall is the season of pumpkin beers and Oktoberfests. With such a wide selection, I picked the Spinal Remains pumpkin stout because it is a once-a-year treat for me when I make it up to the tap house during the beer's release. It has been fun watching this fall-winter transitional beer evolve over time. Plus, the name and logo just scream Halloween — which, with the pumpkin and spice flavors, sum up the entire season for me.

The Taste: Crisp and clean lager with bready malt notes and a hint of sweetness. Just as this German tradition should be.

Why I Picked It: When fall hits, it's time to break out the fest beers. Stoudts was brewing award-winning beers well before any of us were thinking about getting into the beer business. And German-style beers are certainly in their wheelhouse. 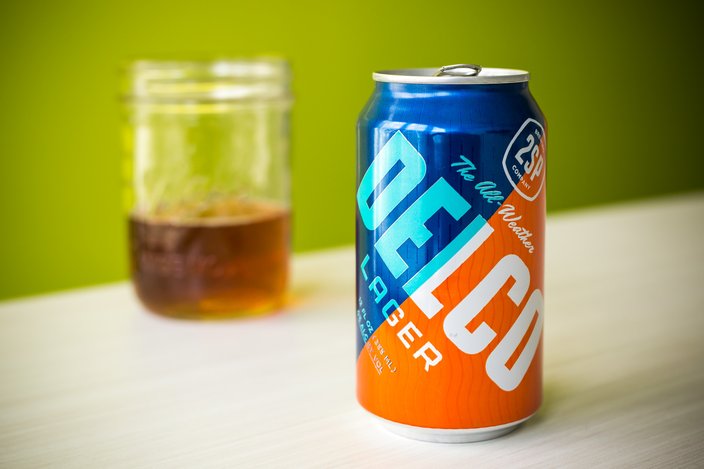 The Taste: A clean, easy-to-drink lager with slight caramel hints and a crisp finish.

Why I Picked It: I know that I'll always get a quality beer from 2SP, and Delco Lager is no different. It was easy to drink during the summer and will translate well into fall, especially around a campfire.

The Taste: Smooth and light with notes of bitter chocolate, bready malt and a touch of wood smoke with a clean and dry finish

Why I Picked It: As the leaves begin to change color, we migrate from the thirst-quenching hop-forward ales to the darker and roastier flavor spectrum of beer. While not quite ready for big-bodied stouts, this traditionally brewed Munich Dunkel is the perfect transitional beer for the fall season and suitable for hot days and chilly nights alike.

The Taste: Big, rich, oaky maltiness with a wonderful balance of hoppy bitterness.

Why I Picked It: Sam and his talented coworkers never rest on their laurels and only produce tasty and interesting beers.

The taste: A crisp hefeweizen with fresh ginger forward and spices on the back of the palette.

Why I picked it: My favorite part about the fall is all the great beverages and foods. I love going to a local orchard to pick fresh apples in a plethora of flavors to make pies and cider or sitting around the campfire in a hoodie while enjoying a pint or two. This wheat pairs perfectly with fall’s variety of foods and activities.

The Taste: Perfect balance of soft caramel malt character with a touch of bitterness. Definitely a solid choice for the season.

Why I Picked It: Brian McConnell knows how to brew some great classic styles and they always come out flawless!

Why I Picked It:  Because it's malty, with little hop presence so that it's perfectly mild and on point with the classic style.

The Taste: This lovely fall lager is a wonderful modern adaptation of the classic German styles.

Why I Picked It: I'm a sucker for lagers and this one is definitely a favorite of mine. Malty, medium-bodied, dry, slightly spicy. It has everything I love in a beer! 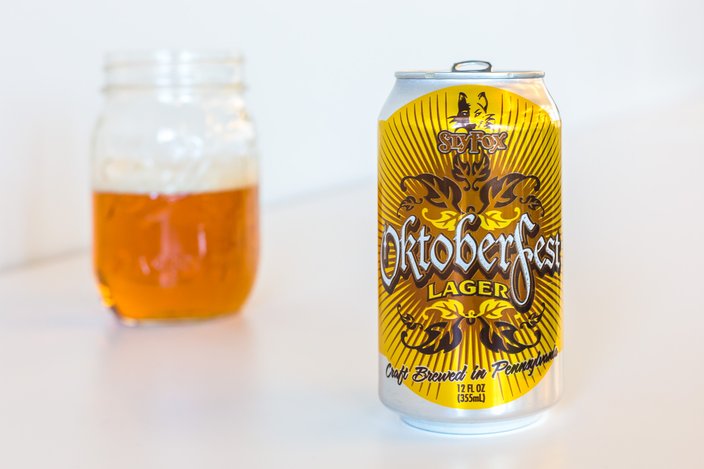 The Taste: Dry and firm with a delicate malt balance.

Why I Picked It: For me, this Oktoberfest beer strikes a great balance of refreshing dryness and malt structure to be a great quencher to coast through the warm days before fall is really chilly.

The Brew: Basically any mild or bitter they put on cask

The Taste: A range of flavors including toffee, fresh-baked bread, Earl Grey tea with soft earthy/spicy notes from the British hops used.

Why I Picked It: Nothing says 'fall' like a British beer on cask. It's the closest thing for me to drinking the season.

The Taste: It tastes like someone covered velvet in dark chocolate and used dark magic to make it a liquid.

Why I Picked It: It's local, always fresh and far better than the beer that defines the style. It's unbelievably good.

Why I picked it:  I look forward to this release every year. Another example from Victory of a classic style brewed locally and incredibly well.

Why I Picked It: ESA is one of the first local craft beers I really fell in love with. It’s a year-round beer, but fall is my favorite time to drink it. It is best when it’s freshly tapped on cask (handpump), but ESA on draft is great, too!

The Brew: Any local Oktoberfest lager — whatever I can get.

The Brewer: Lancaster, Victory, Stoudts, Yuengling and Samuel Adams are all making good ones. (Note: Samuel Adams brews in Allentown.)

Why I Picked It: Because pumpkin beers suck!