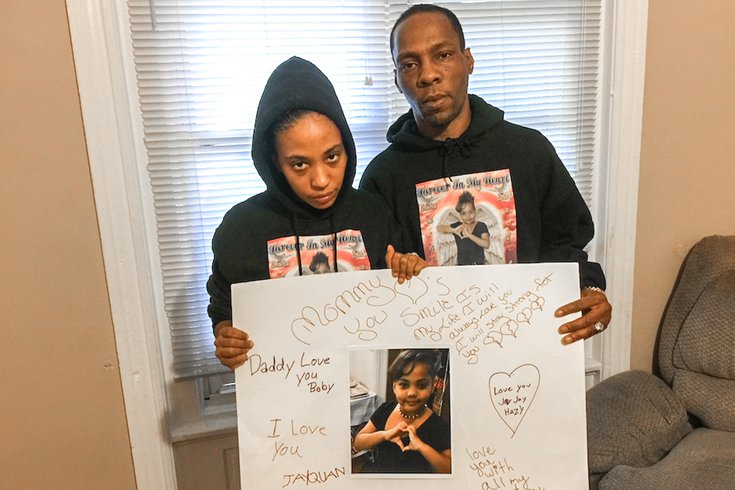 Though her family got some measure of peace when the alleged driver, Paul Woodlyn, was arrested nearly two weeks after the collision at 63rd Street and Lansdowne Avenue, they will return to the scene this weekend to remember the girl they affectionately called “Jay Jay.”

“At 5:01 p.m. Sunday, I will be releasing balloons in memory of Jayanna,” her mother Ayeshia Poole told PhillyVoice on Wednesday.

The family is inviting the public to attend the memorial for the young girl who became the 40th pedestrian killedby a vehicle in the city this year, according to the city Medical Examiner’s Office.

Family members are also hosting a toy drive at Tustin Playground, 5091 W. Columbia Ave., from 1 to 5 p.m. Saturday where well-wishers can donate presents for Jayanna’s siblings to open on Christmas Day.

Jayanna was walking home from Lewis C. Cassidy elementary school with three siblings when she was struck by a Nissan sedan on the heavily-traveled roadway.

Woodlyn – who was arrested after a tip led investigators to a body shop in Frazer, Chester County, on Nov. 30 – is scheduled to appear in court for a preliminary hearing on Dec. 21.

He is charged with homicide by vehicle, involuntary manslaughter and other offenses.