A new, ADA-compliant Sandy Run Middle School will open too late for student with cerebral palsy 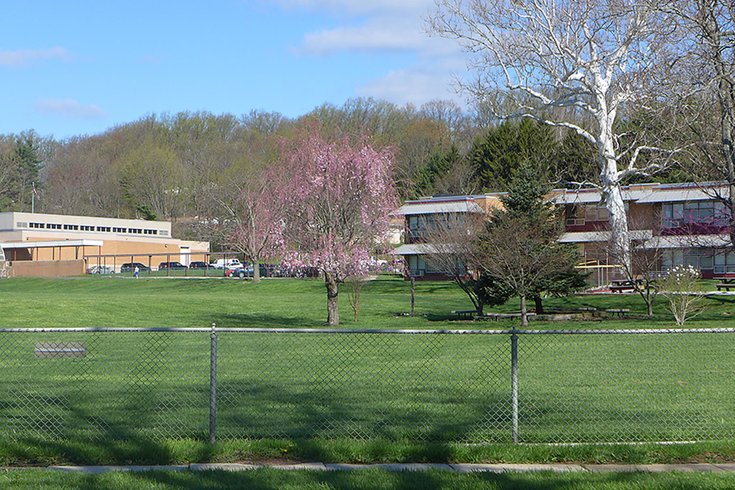 The Upper Dublin School District is moving ahead on plans to build a new middle school, but it won't open soon enough for one township family.

With a $3.3 million contract signed with Breslin Ridyard Fadero Architects of Allentown, the Montgomery County district is hosting a community forum on Thursday night to seek input on the site design and building layout of the new Sandy Run Middle School on Twining Road in Dresher, expected to cost $70 million.

Representatives of the architectural firm will attend the workshop to hear comments on their plan from members of the school community and neighbors. The design phase is expected to take about a year.

According to a presentation by the architectural firm and D'Huy Engineering of Bethlehem, the new school has a target of 212,843 square feet, nearly 20 percent – or 35,000 square feet – larger than the existing school, which was built in two stages more than 50 years ago. The new facility is expected to serve the community for at least as long.

The current plan includes a one-story main building that would house a gymnasium, cafeteria and, possibly, a planetarium, a feature of the current school that is popular with many families. Classrooms, science labs, administrative offices and a library would be housed in a three-story building connected to the main building on the middle floor.

The annex building of the current school – which houses classrooms for the sixth graders – would be demolished after the 2018-2019 school year to make way for construction of the new building. That will allow for classes to continue through the construction, though the displaced sixth-graders would be moved to modular classrooms.

The new building would bring the middle school into compliance with the Americans With Disabilities Act (ADA), with wheelchair-accessible classrooms and bathrooms and an elevator in the multi-level classroom building.

With construction not slated to begin for about 13 months, the new school is not expected to be completed until mid-July 2022.

But that's not soon enough for one district student with cerebral palsy, who will begin sixth-grade at Sandy Run in the fall of 2019. In fact, under the proposed timeline the boy will have attended all three years of middle school before the new, ADA-compliant school opens.

His parents filed a civil rights lawsuit on his behalf on Sept. 28 in U.S. District Court in Philadelphia, asking the court to find the school district in violation of the Rehabilitation Act and ADA, and compel it to provide equal access to its middle school program.

The lawsuit alleges the district has been in violation of federal law for several decades and is unlawfully discriminating against the student, identified as  S.F.  in court documents, by reason of his disability.

S.F. is a student in the fourth grade at Maple Glen Elementary School, a much newer school that is the district's only wheelchair-accessible elementary school, according to the lawsuit. He uses a power wheelchair for mobility, a computer to communicate and requires assistance with all activities of daily living.

Since kindergarten he has attended Maple Glen, where he delivers school “mail” and has built friendships with other children over the years that are important to him, the lawsuit said. While he receives special education services at Maple Glen, more than half of his day is spent in the regular education environment.

S.F.'s parents intend for him to attend Sandy Run. Aware of the lack of accessibility at the middle school, the boy's mother initally discussed the issue in late 2015 with Dr. Ian Sandberg, the district's then-supervisor of secondary education, according to the lawsuit.

In January 2016, the mother asked Sandberg to meet and set up a tour of the middle school, the lawsuit said. The parents toured the school with school officials in March 2016 and May 2017. After the latter tour, the district's director of facilities, Robert Lester, "acknowledged and compiled a list of numerous ADA deficiencies throughout the school buildings," the suit said.

Among other things, the list included an entrance and classroom doors in the annex too narrow for a wheelchair, and a lack of automatic doors or wheelchair-accessible classrooms or bathrooms, the suit claimed.

Lester told S.F.'s parents that he had informed School Superintendent Deborah Wheeler and District Business Administrator Brenda Brae about what needed to be done to address the substantial physical barriers to making the school accessible for the boy, the lawsuit said.

S.F.'s parents subsequently learned any possibility of renovations to make the middle school accessible had been abandoned in favor of building a new school, a project unlikely to be completed in time for their son to attend sixth grade, according to the lawsuit.

On Sept. 15, Wheeler informed the school community that "no decisions" had been made about plans to renovate or rebuild the school, said the lawsuit, quoting Wheeler saying "the Board is committed to due diligence in taking the time necessary to fully consider all possibilities."

At the time, a group of community members who preferred renovation argued there was a rush by school directors to build a new school. School board members denied there had been any decision at that point. It was noted that the costs of renovation were almost has high as construction of a new school.

At a Sept. 11 board meeting, a petition for renovation with more than 600 signatures was presented to the members.

In the months since, the board has decided to green light a new school and Wheeler announced her decision in January to retire halfway through her eight-year contract with the Upper Dublin district.

But S.F.'s parents didn't wait for the district's decision to build a new school. They filed suit shortly after Wheeler's comments in September. 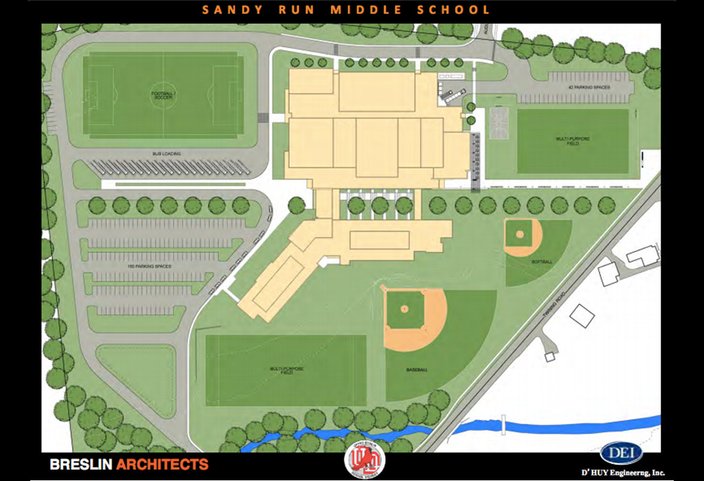 One of the design options for the proposed, $70 million construction of the new Sandy Run Middle School in Upper Dublin School District.

'ABSOLUTELY, THERE WILL BE A PLAN'

The school district is represented by Kenneth Roos of the Wisner Pearlstine law firm of Blue Bell, who called the lawsuit "premature at this time."

He said it was much too early to say if the case will go to trial, but stressed the district's emphasis on inclusion for all students and said the middle school will be ready for the boy's arrival in September 2019.

"Absolutely, there will be a plan put in place in a timely manner," he said Wednesday. "That's what the school district does for all its students. Exactly how, it is too early to say."

With the planned construction of the new school, Roos said there are "lots of moving parts" at this time.

"It's difficult, if not impossible, to plan this far ahead," he said.

The district had moved to dismiss the complaint, asserting that the boy lacks standing to sue and that his claims are not ripe for adjudication.

Noting that the boy will not begin middle school until fall 2019, the district contended that he has not suffered an "injury in fact" required for him to have legal standing and that there is no imminent or certain harm to him.

The plaintiffs' attorney, Shanon Levin of Disability Rights Pennsylvania, a Philadelphia agency which advocates for the disabled, said she had no comment on the lawsuit.

On April 18, U.S. District Judge Gerald J. Pappert denied the district's motion to dismiss, clearing the way for a trial.

"The District’s arguments are superficially appealing, but unavailing when applied to the particular facts alleged by S.F.," Pappert wrote in a memorandum accompanying the ruling.

Pappert wrote that the district’s definition of ripeness could preclude any meaningful remedy for the boy until it is too late. The ripeness doctrine is not designed to facilitate such a result, the judge said.

"First of all, the District’s position can only reasonably be interpreted to mean that S.F. will be injured when it tells him, definitively, that he cannot participate in the middle school program when he starts sixth grade," Pappert wrote. "The District does not hint when that might be, nor does it suggest if or when, at any point before the 2019 school year begins, S.F.’s claims may ripen. S.F. alleges that the buildings at Sandy Run fail to comply with the ADA and Rehabilitation Act and that the District admits as much."

The Upper Dublin School District needs time, "and likely a lot of it," to devise and approve a long-term plan for its only middle school program, Pappert wrote.

"With less than seventeen months until S.F. begins sixth grade, it is appropriate for the Court to take up the issue now," the judge added. "The District can continue its efforts to devise and implement the appropriate plan to make its middle school accessible to S.F., but those efforts can go forward in the context of this litigation."

A pretrial conference in the case is scheduled for 2 p.m. Monday.