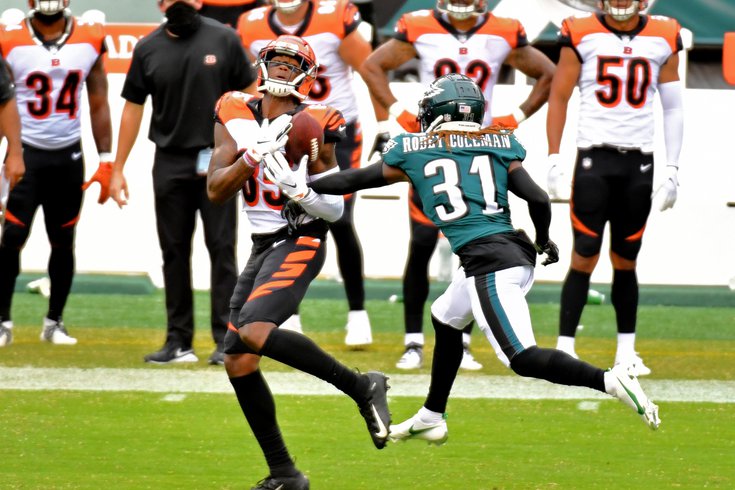 There's nothing worse than sitting in front of your draft board, seeing that red + sign and worrying about a player's health as you determine what your fantasy team will look like. Should you take the best player available, regardless of a minor injury concern?

Injuries, as everyone knows, swing fantasy leagues and are a constant pain for team owners. It's best to avoid that headache right off the bat, right?

So what is the latest on several fantasy relevant players who are working back from injuries?

Here's a look at what we could dig up on some of the more interesting players who will be drafted in 2022:

Godwin is progressing from his ACL injury last season, and is starting to run routes in 7-on-7 in Tampa's camp. Full team work is likely on the horizon soon too. Taking a player this fresh off that kind of injury is certainly a risk, and with Julio Jones and Mike Evans also in the fold, it's worth looking at other options before you snag Godwin too highly off your draft board. It's worth mentioning that Russell Gage, another Bucs wideout, is currently not practicing due to  a leg issue.

Both of the Rams' top running backs are currently out and injured, but it sounds like each should be back in a week's time or so. They each are dealing with what are being called "soft tissue injuries."

Those concerned about Higgins' status can breathe easy, as the Cincy WR2 was back on the field for 11-on-11 drills and looks to be heading for good health when the season kicks off. He had been dealing with some shoulder issues.

Lamb's foot injury is considered to be minor and not a big deal, according to Mike Garafolo, which is good news for the Cowboys, who look like they'll be without James Washington and Michael Gallup when the season starts. Lamb should see a huge volume of targets to start the year.

One of the top rookie running backs on fantasy radars this year, Walker had a procedure for a hernia but is expected to be prepared to play in Week 1. While he should definitely be drafted in every league, he may not get a lot of work early in the season with Rashaad Penny starting as the RB1.

With Mitchell expected to miss at least one more preseason game with a hamstring injury, it's unclear how the running back depth chart or snap breakdown will shake out for the Niners when the season starts. Their backfield is one to keep a close eye on and potentially avoid for lack of health and good information.

The pair expected to be the top wideout tandem for the Titans are each dealing with injury issues. Woods is returning from an ACL and has taken part in 7-on-7 drills which bodes well for a healthy return in September. Burks, however, is the first round pick brought in to replace A.J. Brown and left Wednesday's practice with a new injury (after struggling in the preseason opener). While both could dominate targets in Tennessee's offense, neither is looking like a home run fantasy pick right now.

Williams will not be ready Week 1, but he is making progress and there is a chance he does play in 2022.

The top two running backs for the Ravens each saw their seasons end in the summer or 2021 with ACL tears. It sounds like Dobbins is a little further along in his recovery than Edwards, but neither looks like they are locks for Week 1. These are two backs to keep a close eye on, with Dobbins' status a big key for his fantasy value.

Unless he falls into your lap with great value, it might be best to avoid the Giants' oft-injured second year wideout. He is finally taking part in individual drills and slowly working back toward taking reps in full team drills. He has a leg injury.

The top wide receiver taken off the board in the NFL Draft hurt himself in the Falcons preseason opener and it's possible the minor knee injury keeps him out for the rest of the preseason. He will be touch and go for the Week 1 opener, but he still is worth drafting in whatever position you had him ranked previous to the injury.

The Chiefs wide receiver landscape is a bit of a mystery after Tyreek Hill left the team in dramatic fashion this past offseason, and two of Patrick Mahomes' potential weapons are dealing with lingering injuries. Hardman injured his groin Wednesday and Smith-Schuster was held out of practice due to knee soreness. Neither should threaten their Week 1 readiness but it's still worth monitoring.

Robinson has gotten some reps in 7-on-7 as he eases back into work for the Jags. It looks like Travis Etinenne will be the featured back, but Robinson has a chance to slot into that No. 2 role.

Ertz has been dealing with a calf issue in Arizona's camp, but the veteran is "making progress" according to many of those covering the team. He should be draft-able among the second tier of tight ends in your draft.

Anderson has a quad injury that is keeping him out of practice. He is a fringe wideout to be drafted anyway and an injury is likely enough to give pause to anyone taking a flier on him in a late round.

The Minnesota brass are confident that this week's thumb surgery will not keep Smith out for Week 1.

The former Patriots draftee had surgery to his ankle last week and should not factor into the draft landscape right now.