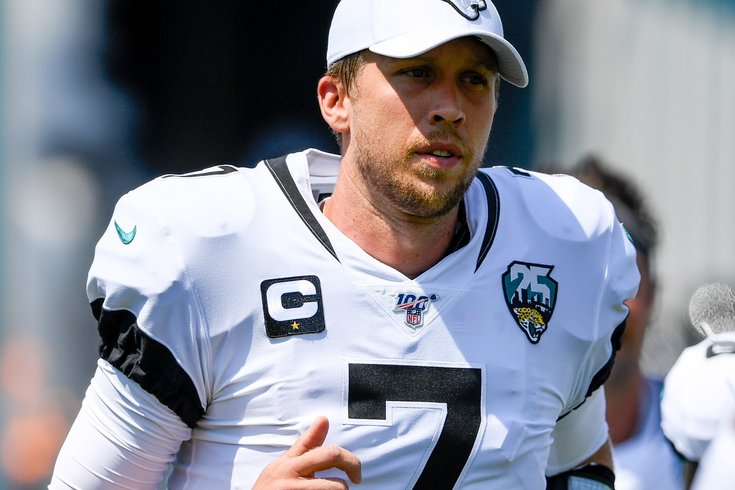 The Packers, Seahawks, Giants and Titans have their byes in Week 11, making for another tough late-season fantasy football challenge for team owners.

Whether it's due to one of the above byes or to an injury, there will no doubt be some action on the waiver wire this week. Here's a player at each position to target for acquisition ahead of Week 11:

The Gardner Minshew era is (at least for now), over. Nick Foles is healthy and slated to return Sunday against the Colts and he's just what the doctor ordered for anyone streaming quarterbacks or dealing with a Week 11 bye. His weapons have proven to be impressive, as D.J. Chark has emerged as one of the top fantasy wideouts this year along with Dede Westbrook and Leonard Fournette. Pick him up if you need a QB.

Devonta Freeman looks to be out next week and Hill's 21 touches last week left little doubt that he's the next man up at RB. The Falcons also have a favorable match up against the malleable Panthers run defense this upcoming week. If you have waiver wire cash, spend it on Hill.

Beasley is a low risk pick up available in most leagues who has scored around 9 PPR points in almost every game this season. He's also facing the lowly Dolphins this upcoming week, making Beasley a smart pick up for those with a WR slot open due to bye weeks.

Fant has become a favorite target in Denver since Emmanuel Sanders was traded a few weeks ago. Last week, he had 115 yards and a touchdown. It's possible the rookie finishes the season strong and he could remain startable for weeks to come.

Dwayne Haskins continues to experience NFL growing pains and will no doubt turn the over a time or two in Week 11 as he assumes the role of Washington's starter for the rest of the season. The Jets 'D' is a good streaming option.