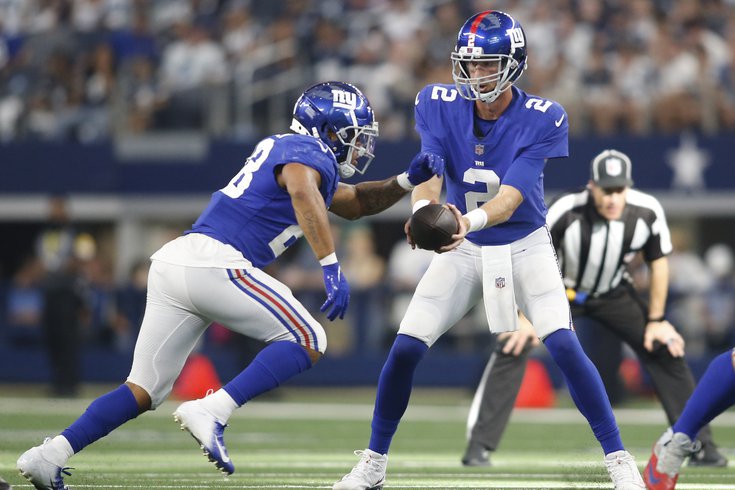 There is some potential gold hidden on waivers this week.

This is the kind of week that really separates the fantasy guru from the casual player.

With four teams on bye weeks — the Jets, Saints, Falcons and 49ers — and with a stockpile of serious injuries to starting lineup mainstays — like Russell Wilson and Saquon Barkley — there could be a lot of action on the waiver wire this week at each and every position.

Who should you tag as a one-time streaming tight end to replace Kyle Pitts, who is on a bye? Who is a good fill-in for Wilson, who is expected to miss at least four weeks? What should you do if you have an opening at running back or wideout?

Here's a look at one player (or three) we think is worth adding from the free agent wire this week:

He is probably more of a streaming option and not a longterm pickup, but his matchup in Week 6 against the Chiefs is a good one. Kansas City can't stop anyone right now, and Heinicke has some real weapons at his disposal that could go off against the Chiefs like Antonio Gibson and Terry McLaurin. He's coming off a bad week against the Saints, and has turned it over five times this year, so there is a chance it could go south — but he has eclipsed the 20 point margin three times in five games and he could feast on a weak defense. He's available in 84% of Yahoo leagues.

Saquon Barkley will be out next week with a low ankle injury — and potentially longer, but with his freakish athleticism you never know. Still, Booker will be available in almost every league and coming off a game where he posted 19.3 points (.5 PPR) in a loss against the Cowboys, it is clear he'll be the guy with Barkley out in Week 6 against the Rams. He's worth a bid if you have an opening at RB this week, and perhaps you'll be able to use him in multiple weeks, should the Barkley setback drag past just their upcoming game.

He's a rookie who had a breakout preseason but has come along slowly so far in the Lions' subpar offense. However, he's coming off back-to-back games with eight targets, and a combined 135 yards on 13 catches. He also will be the likely recipient of even more opportunities from Jared Goff, with Goff's favorite receiver Quintez Cephus out for some time. St. Brown is on just 5.5% of ESPN leagues, so he shouldn't be hard to find on waivers.

Well, might as well strike while the iron is hot on this one. Njoku had a monster Week 5, catching all of his seven targets from Baker Mayfield for 149 yards and a touchdown. With Jarvis Landry still on the IR, he could continue to rake — but he has been inconsistent this year so add at your own risk. With such a crap shoot out there for tight end streaming, Njoku is sure to go somewhere on waivers this week.

The Green Bay defense has been sneaky good this year, especially in fantasy as they have created 10 sacks, five interceptions and three fumble recoveries over their last four games. This could continue against a lacking Bears offense next week.