Farina Di Vita, co-owned by Jason Okdeh and Brandlyn Luis Ortiz had a soft launch of it brick-and-mortar store during the holidays and an announcement on the grand opening will be made New Year's Day 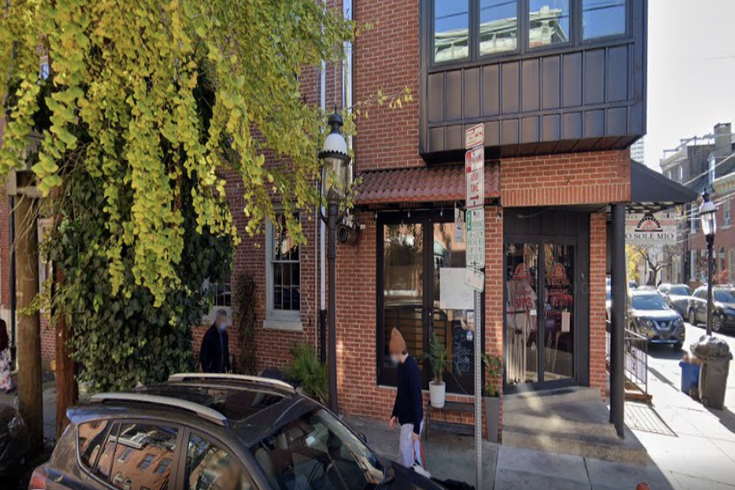 A new restaurant in Philadelphia just had a soft opening to announce its presence to the Italian food community in the city.

Farina Di Vita, a boutique pasta shop located at 250 Catherine Street, opened its doors Dec. 28-30 for guests to come and try their foods before the restaurant officially opens in 2023.

Owners Jason Okdeh and Brandlyn Luis Ortiz announced they would be expanding their pop-up food business into a brick-and-mortar location on their Instagram account in April, right before their pop-up business celebrated a year.

The duo is notable for their routine of Pasta and Sauce of the week cooking Italian favorites. The business's popularity and opportunity for growth allowed them to expand its cult following and serve its exclusive dishes to more people.

The store will feature "boutique pasta, imported Italian goods, an all-imported deli section with imported meat and cutlet sandwiches," the announcement said. The restaurant will also take advantage of the rich cuisine culture in Philly through collaborations and partnerships with other chefs from the city.

"This space is an ode to OUR city and everything in it. We are going to bring little pieces of the city right to the corner of 3rd and Catherine, and I can't wait to share this with everyone," the post said.

Okdeh and Luis Ortiz worked as cooks in the city before starting their business venture together.

MORE: The Mummers now have their own hard iced tea in a can

"My hope is, over the years, with how personal I am trying to make my clientele's experiences, helps build relationships that our parents and grandparents had with their corner market or local shops," Okdeh told Wooderice.

He wants their restaurant to be as crucial to the community as going to the barbershop or a hair salon.

The soft opening was a success based on another Instagram post, and the duo plans to officially announce the grand opening on New Year's Day.