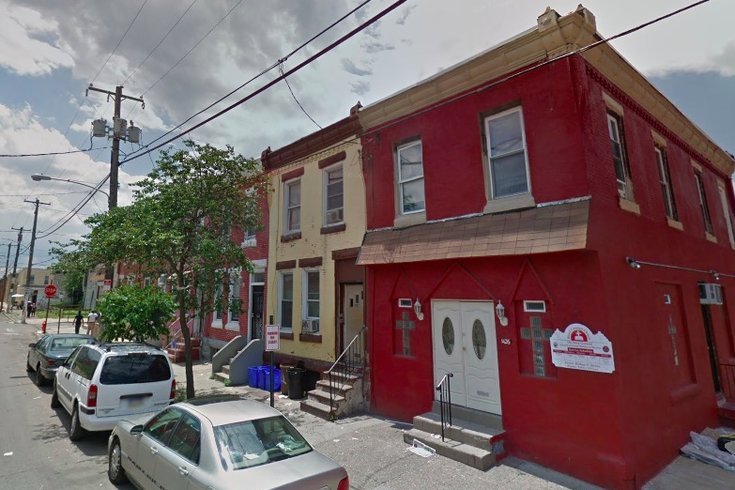 The 1400 block of S. 23rd Street in Point Breeze, where a fire took the lives of two victims.

A fire in Point Breeze early Saturday took the lives of two residents and prompted an ongoing investigation to identify the cause of the fire.

Flames broke out of a row home on the 1400 block of South 23rd Street early Saturday, around 5:00 a.m., 6ABC reported. Firefighters arrived on the scene with reports about people still inside the building.

Two victims, an adult man and woman, died in the fire, trapped on the building’s second floor. Their identities have not been released.

The fire affected five buildings total, including a neighboring church.

The fire was reported under control by 5:30 a.m. as 65 firefighters and emergency responders were on the scene within four minutes of being alerted.

At approx 4:50am this morning, the PFD responded to a fire on the 1400 block of S. 23rd Street. Companies encountered heavy fire. The fire was placed under control at 5:30am. Our thoughts and prayers goes out to the community. @RedPawRelief @PHILAPDSGT @RedCrossPhilly pic.twitter.com/OvDmIbY7H9

Red Cross was on the scene to assist the nine people displaced by the fire and to offer counseling.

Cause of the fire is under investigation.