First responders getting a special kind of addiction treatment

For decades, alcohol was the primary reason first responders sought help, but narcotics – including opioids – have caught up 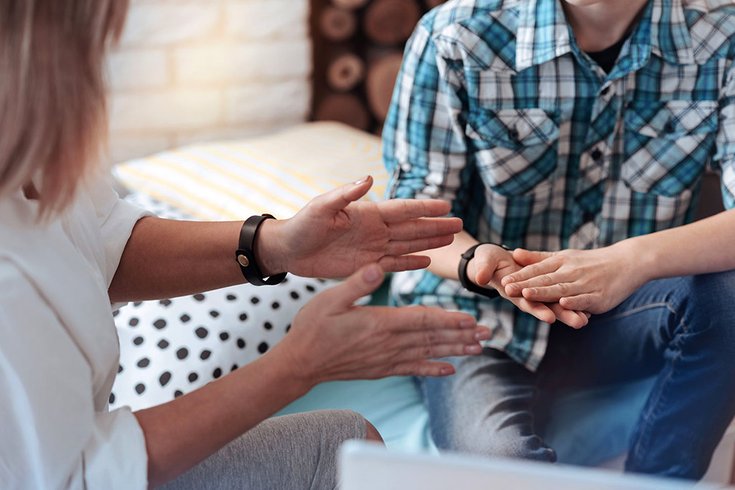 When Brendan Bell, formerly a sergeant with a Montgomery County police department, finally made his way to the Mirmont Treatment Center, an addiction rehab facility in Media, he was, in his words, a shattered man.

Tall, broad-shouldered, and with a strong grip, Bell was “broken, I was done.”

Alcoholism was ravishing his personal life as he faced divorce and other family issues. Then his addiction spilled into his public and professional life.

It also gave Bell and his friend and partner in recovery, Ralph Thompson, a lieutenant with the Washington D.C. fire department, a new mission in life: helping addicts who are first responders, a group that experts say are uniquely vulnerable to various addictions – including, increasingly, opioids.

Alcohol addiction was once the preeminent reason first responders – including paramedics, soldiers and correctional officers – would seek treatment, but narcotics has caught up, said Clare Seletsky, director of the First Responders program at the Recovery Centers of America treatment facility in Devon.

“Just this year it’s getting equal to alcohol,” said Seletsky, who leads a team, which includes Bell and Thompson, devoted to helping first responders. “Six, seven years ago alcohol far surpassed other drugs.”

Recognizing the challenges posed by their unique role in society, a number of addiction treatment centers have launched specialized programs for first responders.

In addition to the Recovery Centers of America program, which launched in the spring, Mirmont has a similar program for first responders called Valor with Integrity Program for Emergency Responders, or VIPER. According to Mirmont officials,  the program offers “a safe, supportive environment" for drug and alcohol recovery while addressing first-response issues like post-traumatic stress disorder (PTSD), crime scene trauma, work-related distress, and family and marital problems.

Trust, even moreso than with some other groups, is not easily given, especially among people whose jobs require them to risk their lives and take charge in any emergency, and whose livelihood depend on a strict adherence to the law. While alcoholism has a storied history in police and fire departments, any illicit drug use could be grounds for dismissal, making treatment seem a career-ending gamble.

But for the team in Devon it’s a life-saving gamble worth taking, especially now that there are treatment facilities with programs solely for first responders.

At the Devon center, they room separately with peers or in private rooms. They also have a separate lounge and classrooms, 12-step meetings led by other first responders, and return-to-duty coordinators to help them get back to work.

They are also eligible for a relatively new treatment program called Eye Movement Desensitization and Reprocessing, which uses eye movement and other tools to help heal emotional traumas. EMDR has been approved by the Department of Veterans Affairs to help veterans with PTSD. So far, roughly 40 percent of the first responders at the Devon program are police, 20 percent fire, 15 percent strictly emergency medical and the rest are correctional officers or military.

Why the emphasis on keeping first responders segregated from other recovering addicts? It all comes down to trust and understanding, especially about the stresses that come with the job.

“Our profession was our ticket into that room,” Bell said.

The first time a member of a community’s finest or bravest enters a rehab facility, a common reaction is “You don’t trust any of these people,” said Thompson. “What are they telling my boss?”

“When we were in a regular recovery community, we didn’t share what our real problems were because most people don’t understand what we do,” Thompson said. “And if we give a response that doesn’t fit what they think we’re supposed to be like, they’re like ‘Oh my God,’ but for us (first responders) that’s normal. You don’t really open up until you’re with your peers.”

“I’ve had doctors say, ‘I’m the doctor, I know better' and hang up on me.’’ – Clare Seletsky, director of the First Responders program at RCA Devon

“You can’t go into a normal meeting and talk about giving CPR to a dead baby, or dealing with a guy who blew his head off with a shotgun, they give you looks,” Bell added.

There is also the fear – especially among police and correctional officers – that the fellow addict sitting next them in a general group is someone they've arrested or guarded behind bars. That fear is heightened when the addiction involves drugs.

“They’re used to being in control and while they wouldn’t put it in these words, it’s terrifying” going into treatment with strangers, some who may be people they’ve arrested in the past, Seletsky said. “Did I arrest that guy before, that’s where their mental energy goes and not to ‘why am I here, what do I need to do to get better.’ They’re immediately comfortable with each other.”

Protected by the the Americans with Disability Act, first responders can’t be fired for seeking out addiction treatment. “We are not mandatory reporters to departments, we don’t report anything to the departments” without a patient’s consent, she noted. 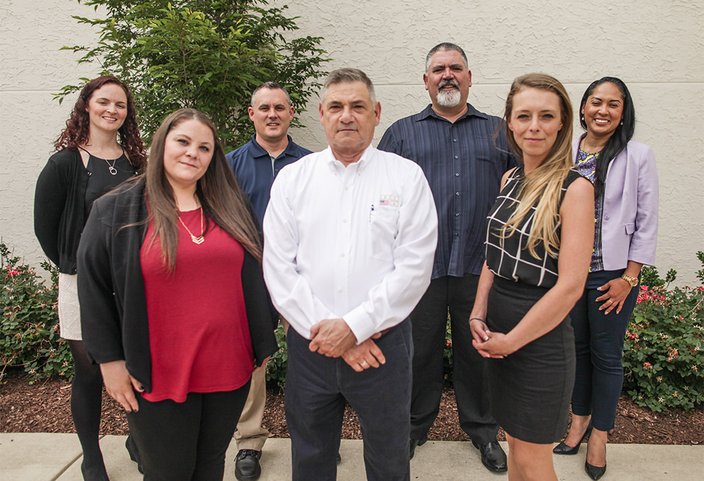 'IT STARTS WITH AN INJURY'

For many first responders hooked on opioids, the path to addiction started with an on-the-job injury that turned into a chronic condition that bloomed into a full-blown feverish dependence on painkillers.

“Almost 100 percent of the time, it starts with an injury,” said Bell. “It’s usually knees, wrists, backs. Backs is a big thing with cops. You’re wearing 25 pounds of gear every day.”

First responders might suffer burns or almost lose a leg, "and they’re put on some kind of medication,” said Thompson. “Used correctly, the medication could be very beneficial. They put you on for 30 days, then they cut you off and you may be addicted and not even know you are addicted and you physically get sick. Very few physicians go in with the approach ‘we’re going to put you on this, but we’re also going to work to get you off it.’"

Trapped in their addictions, first responders use any method, including their badges, to procure drugs.

“They’re either found to have been taking items from secured areas like evidence lockers,” or from drug people on the street, telling them they won’t be arrested but confiscating their drugs and “instead of throwing it in the sewer, putting it in their pockets,” Seletsky said

Like any addict,  first responders will use whatever they have to support their addiction and what police officers, firefighters and paramedics have, she said, “is their uniform and that unfortunately can be used.”

Treatment at the Devon center can last from seven days to detox to 30 days, depending on medical need. The hardest part of the journey is the return to duty and outside life.

Some doctors, for example, will decline to heed Seletsky’s advice regarding modifying pain medication regimens for her opioid-addicted clients. “I’ve had doctors say, ‘I’m the doctor, I know better' and hang up on me,’’ Seletsky said.

Then, there are commanders who say, “All you need to do is go to church and rip up that piece of paper with the aftercare (plan) we spent 30 days putting together.”

Others, however, have been more supportive. The Devon team said they have seen or heard of commanders personally driving addicted officers to treatment, and fellow officers donating sick time so treatment can continue.

It’s important that commanding officers understand the nature of addiction and the need to reduce, if not eliminate, an addicted first responder’s exposure to drugs. It may require a transfer from a vice or drug unit, for example.

But in the end, it will depend on the first responder and his or her daily battle with addiction.

“It’s a lifelong recovery,” said Bell. “I bought in and I bought in really hard.”

For Thompson, it means avoiding triggers including “line-of-duty-death funerals. I still don’t go to them today. From the time we arrived at 6 in the morning, we drank.”

Yet some triggers can only be managed.

“When you are out on the street you can’t avoid it,” said Thompson. “When I finally first went back on the street, there was a guy, first run out, I don’t know what his blood alcohol level was, but I’m pretty sure I’ve looked like this guy on the bus bench, the smell of alcohol was ‘Oh my god.’

“I was fresh out of my recovery, 7:30 in the morning, he’s on the bench and the bottle is still laying there and I’m like, ‘Thank god.’

It was a stern reality, he said.

"Thank god I don’t have to be that person anymore.”