By Qingyao Kong, University of Chicago 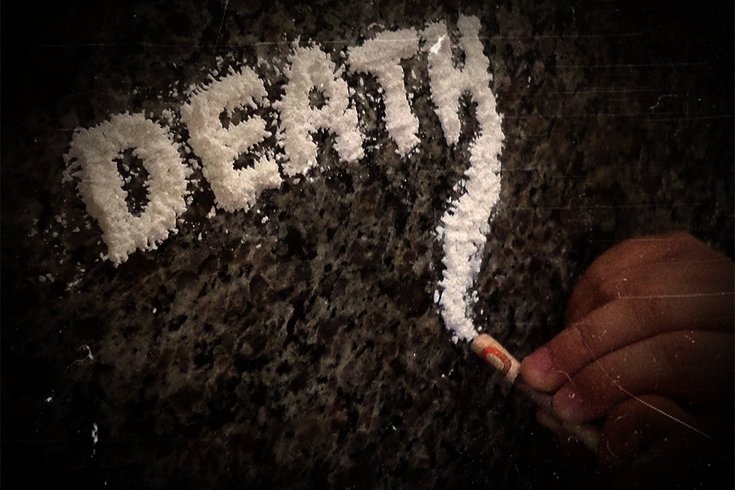 Addiction to any drug – be it alcohol, tobacco, opioids or illicit drugs, like cocaine – is a chronic disease that causes a compulsive drug-seeking behavior individuals find difficult or impossible to control even when they are aware of the harmful, often deadly consequences.

Long-term use changes the structure of brain regions linked to judgment, stress, decision-making and behavior, making it increasingly difficult to ignore drug cravings.

I am a postdoctoral researcher in the laboratory of Ming Xu at the University of Chicago, where we study addiction, with a goal of finding an effective cure. In a paper in Nature Biomedical Engineering, we describe a new approach, which we developed and tested, that blocks cocaine-seeking in mice and actually protects them from high doses that would otherwise be deadly.

HOW CAN GENE THERAPY STOP ADDICTION?

Present in human liver and blood is a natural enzyme called butyrylcholinesterase, which we abbreviate as BChE. One of this enzyme’s jobs is to break down, or metabolize, cocaine into inactive, harmless components. In fact, there is even a mutant human BChE (hBChE), which was genetically engineered to greatly accelerate the metabolism of cocaine. This super mutant enzyme is expected to become a therapy for treating cocaine addiction. However, delivering the active enzyme to addicts by injection and keeping this enzyme functioning in living animals is challenging.

So instead of giving the enzyme to the animals, we decided to engineer skin stem cells that carried the gene for the BChE enzyme. This way the skin cells would be able to manufacture the enzyme themselves and supply the animal.

In our study, we first used the gene-editing technique CRISPR to edit the mouse skin stem cells and incorporate the hBChE gene. These engineered skin cells produced consistent and high levels of the hBChE protein, which they then secreted. Then we grew these engineered stem cells in the lab and created a flat layer of skin-like tissue which took a few days to grow.

Once the lab-grown skin was complete, we transplanted it into host animals where the cells released significant quantities of hBChE into blood for more than 10 weeks.

With the genetically engineered skin graft releasing hBChE into the blood stream of the host mice, we hypothesized that if the mouse consumed cocaine, the enzyme would rapidly chop up the drug before it could trigger the addictive pleasure response in the brain.

Cocaine works by elevating dopamine levels in the brain which then result in feelings of reward and euphoria, which trigger a craving for more of the drug.

The animals that received the engineered skin graft were able to clear injected quantities of cocaine faster than control animals. Their brains also had lower levels of dopamine.

Moreover, the skin grafts of hBChE-producing cells can effectively decrease the rate of lethal overdoses from 50 percent to zero when the animals were injected with a high, potentially lethal, dose of cocaine. When animals were given a lethal dose, all the control animals died while none of the animals that received the engineered skin perished. It was as if the enzyme produced by the skin graft had immunized the mice against a cocaine overdose.

We then assessed whether hBChE-producing cells can protect against development of cocaine-seeking. We used mice that were trained to reveal their preference for cocaine by spending more time in a cocaine-rich environment. Under the same dosage and training procedures, normal animals acquired preference to cocaine, whereas host animals with the skin graft showed no such preference, indicating skin graft of the hBChE-cells efficiently blocks the cocaine-induced reward effect. In a similar way, skin-derived hBChE efficiently and specifically disrupts recurrence of cocaine-seeking after 25 days of withdrawal.

To test whether this gene therapy approach will work in humans, we grew human skin-like tissue from primary skin stem cells that were genetically edited by CRISPR to allow hBChE production.

We were encouraged to see that engineered human epidermal cells produced large quantities of hBChE in cells cultured in the lab and in mice. This suggests the concept of skin gene therapy may be effective for treating cocaine abuse and overdose in humans in the future.

Adapting this approach for humans could be a promising way for blocking addiction. But first we must have sufficient evidence that it works well with few side effects. Likewise, engineering skin cells with the enzymes that degrade alcohol and nicotine could be an effective strategy for curbing addiction and abuse of these two drugs as well.