It's the second-leading cause of death for collegians 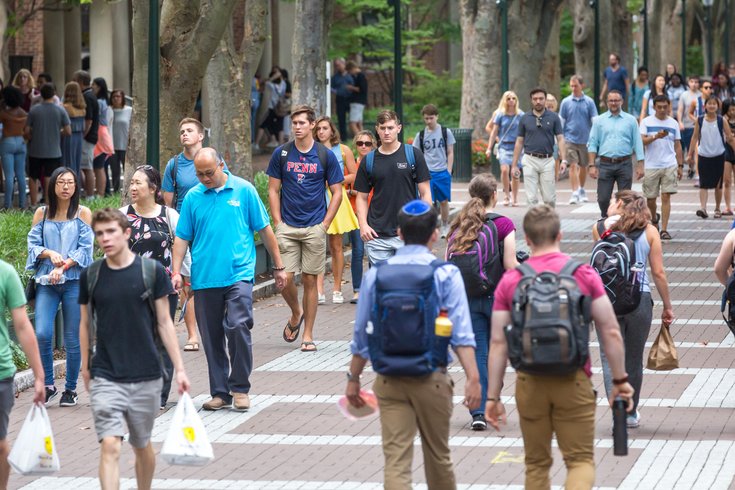 The number of U.S. college students utilizing campus counseling services has spiked during the last five years, an increase that underscores the mental health challenges they face.

But are students getting the help they need? And how prepared are they to make the adjustment from high school to college?

Mental health advocates on Tuesday posed those questions at a symposium hosted by the Children's Hospital of Philadelphia to coincide with National Suicide Prevention Week.

Suicide is the second-leading cause of death on college campuses. It's an issue across the United States, but a particularly sensitive one in Philadelphia, where 14 University of Pennsylvania students have died by suicide since 2013.

Colleges need to change the conversation surrounding mental health because disorders are common, said Shelley Leaphart-Williams, a board member for the American Foundation for Suicide Prevention.

"We can encourage the college community to normalize mental health," she said. "Let's normalize that we're all one step away from having a mental health crisis – losing a loved one, losing finances, losing a relationship. Any type of loss, we can all be at some place where we're struggling."

Nearly 61 percent of college students reported feeling overwhelmed by anxiety within the last 12 months, according to the 2017 National College Health Assessment. Another 39 percent said they became so depressed that it was difficult to function. And 12 percent seriously considered suicide.

Additionally, more than 70 percent of college students say they have felt hopeless at some point in their lives. More than half of them have felt that way within the last 12 months.

That has led some to wonder whether students are entering college with skills enabling them to adjust to more rigorous academics, but also handle the life challenges of adulthood.

Parents seem more involved in their children's lives than ever, said Dr. Matthew Wintersteen, a psychiatry and behavioral sciences professor at Thomas Jefferson University. And that may not always be a good thing.

"The problem is the kids sometimes don't learn how to make their own mistakes before they get to college," Wintersteen said. "So, they haven't quite figured out how to solve some rather routine problems that come up."

Student counseling services have increased by more than 30 percent within the last five years, according to Wintersteen. Students most often seek help for anxiety, depression and relationship problems.

Many schools offer three free counseling sessions before students must receive help elsewhere, Wintersteen said. Those mental health services are covered by the student affairs budget, so students don't need to use their insurance – which often requires copays.

But data suggests that many students need at least 10 sessions – and some more than that. Plus, Wintersteen said, most people eventually will overcome their challenges if they remain in treatment long enough.

"I think the challenge for college campuses is they are understaffed," Wintersteen said. "Hiring somebody to take on that role of being a long-term therapist ... that's an expense. But I think it's a well-needed expense and it's worth the investment."

"All of them tell students about what resources are available," Wintersteen said. "But it all happens in student orientations when they're learning about everything they need to know about being college students. We probably could do a better job about disseminating information to students after that initial point of contact."

To address this, CHOP tries to partner with college mental health centers to facilitate transitions and connections with patients, said Dr. Tami Benton, psychiatrist-in-chief of CHOP's Department of Child and Adolescent Psychiatry and Behavioral Sciences.

Benton also wants to better prepare high school students for making the jump to college. That includes knowing how to care for themselves and how to access necessary resources.

"We should start to think about how we help kids make the transition from high school to college," Benton said. "Because it's a steeper transition than it used to be."