Gabby Frost has paired more than 219,000 people through her Buddy Project nonprofit 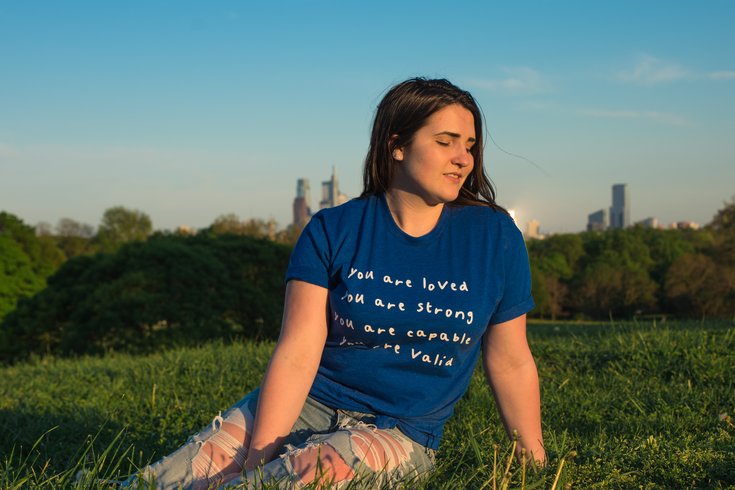 Gabby Frost was scrolling through Twitter one sleepless night when she noticed some unsettling activity – three of her connections were tweeting suicidal thoughts.

Frost, then a freshman at North Penn High School in Montgomery County, responded to their tweets, urging others to lend them support. Just one year earlier, Frost had helped her best friend confront mental health struggles and suicidal thoughts. She realized she must do more.

Frost quickly established Buddy Project, a peer support system that provides companions to people seeking to make friends. The idea was to pair people with an online "buddy" who shared similar interests, with the broader goal of preventing suicide and self-harm.

Her idea took off.

"At first, I thought it was going to be a very small activity that I would do," said Frost, a rising junior at Drexel University. "On the first day, around 3,000 people signed up for it."

Five years later, the nonprofit Buddy Project has paired more than 219,000 people and raised more than $40,000 to support mental health facilities across the United States.

All the while Frost has remained an active voice in the mental health conversation, searching for ways to eliminate stigmas surrounding mental health illnesses, and to reduce suicide and self-harm.

Spade, a fashion designer, and Bourdain, a celebrity chef, killed themselves recently, renewing attention on a growing problem. Their deaths came as the Centers for Disease Control and Prevention released a report showing the United States' suicide rate had risen 25.4 percent between 1999 and 2016.

That report also revealed that the suicide rate increased in nearly every state and among all age groups. Suicide marked the 10th leading cause of death – and one of just three that showed increases.

Unfortunately, Frost said, the numbers detailed by the CDC did not surprise her. Since she launched Buddy Project in 2013, she had received numerous messages from people thanking her for discussing mental health openly – because relatively few people are.

The biggest lesson Frost has learned is that anyone is susceptible to mental health struggles. But they don't always display them.

"So many people put on a facade because they don't want to talk about mental health," Frost said. "That's one of the scariest things. You never know who is being pushed to the edge and wants to end it all."

The thousands of people who use Buddy Project have sought online friendships for a variety of reasons.

Some have experienced mental health illnesses and are looking for peer support. Others have struggled to find friends in their hometowns and desire to be connected to people that share their interests.

Though Buddy Project provides an avenue for peer support, it does not bill itself as a substitute for professional help. Its website includes an extensive list of hotlines while its Twitter feed is a stream of affirming messages.

"There's some people who have had (mental health) struggles, but a lot of people just want to meet a friend who has the same interests as them and connect with people that way," said Isa Gonzalez, 19, who began using Buddy Project three years ago. "It's just a fun thing to do, meet people all over the country who have the same interests as you." 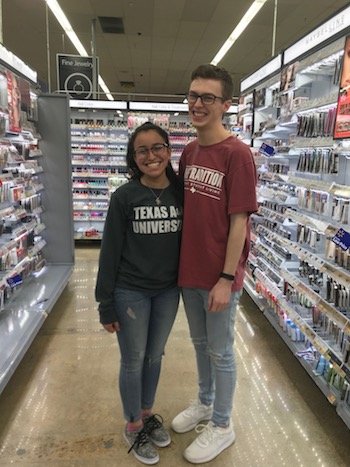 Isa Gonzalez, left, and Austin Henry, met in person after they connected via Buddy Project.

Gonzalez met several of her closest friends through Buddy Project, connecting through group chats centered around LGBT+ issues and various musicians. Not only do her buddies provide shared interests, but they also provide a safe place to share struggles.

"A lot of the people are just willing to talk to you all of the time, if you just need somebody," Gonzalez said.

But many buddies have allowed friendships to flourish offline, too, Frost said. Some have exchanged phone numbers or visited their friends during family trips or other travel opportunities.

Gonzalez has met two friends in person, including Austin Henry, a fellow Texas resident who will be attending Blinn College in Brenham, Texas.

Henry, 18, directed several of his high school classmates to Buddy Project after touting its benefits. He had watched many people, some of whom were working through mental health difficulties, support one another.

"They become best friends and they become close friends," Henry said. "I think it's so amazing to see some people become so close."

Though neither he nor anyone in his family has had a mental health illness, Henry took an interest in the subject, starting a blog that has detailed self-care and his experiences using Buddy Project. He hopes to become a campus rep next fall.

In general, the more physically sick someone becomes, the more likely they are to seek out medical treatment, according to Petros Levounis, who chairs the Department of Psychiatry at Rutgers New Jersey Medical School.

"But when it comes to suicide, the sicker someone gets, the further away someone gets from a doctor," Levounis said. "Part of the symptoms of major depression is isolation, dropping out of the world, just staying to yourself. That can be catastrophic."

Depression impacts judgment and perspective, Levounis said, making it more difficult for a person to seek assistance. But the stigma that surrounds mental health can add an additional barrier.

Mental health illnesses are often seen as a sign of weakness. And admitting to seeing a psychiatrist or therapist can make one feel vulnerable.

Americans value self-sufficiency, self-determination and autonomy – perhaps more so than other parts of the world, Levounis said.

"That has helped us in many, many ways," Levounis said. "We've become an entrepreneurial country and achieved tremendous heights. But when it comes to mental health, that culture of self-sufficiency may working to our detriment."

There are many ways to reduce suicides, Levounis said. Chief among them is talking more about mental health.

Levounis urged people to inquire about family and friends they suspect are struggling. Too often, he said, people are scared off by stories they read on the Internet, like "10 Things Never to Say to Someone who is Depressed."

Asking a loved one whether they are depressed or having suicidal thoughts will not make the issue worse, he said.

"That's just flat-out untrue," Levounis said. "You don't have to be sure about it. But if you sense that they may be depressed or that they may be harming themselves in any way, talk to them. Open the conversation.

"There's nothing bad that's going to happen. By the contrary, if you leave it unspoken, that is what can possibly lead to trouble."

But Levounis also sees an opportunity to diminish the stigma by exposing people to success stories, and opportunities to hear from other people who were on the brink of suicide, he said.

"These are stories that need to be told, voices that need to be heard," Levounis said. "Young people do appreciate an honest recount of someone's troubles and the help that they received. That probably is the one that would help us the most – this kind of familiarity and exposure." 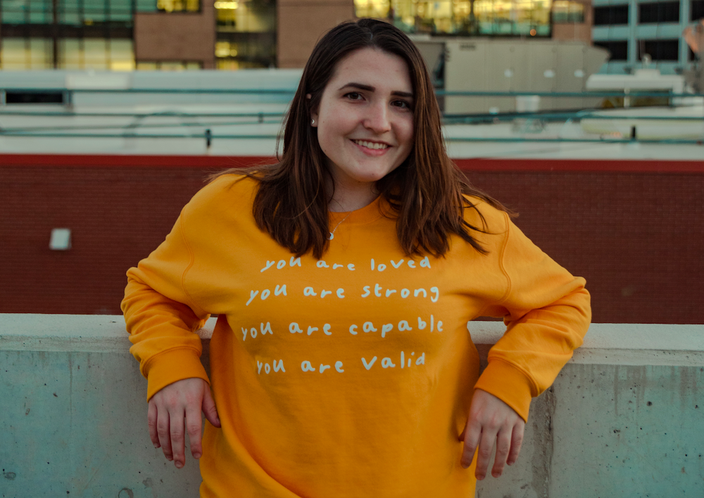 UNAFRAID TO SPEAK UP

Frost was in eighth grade when her best friend told her that she was experiencing self harm and suicidal thoughts.

"That really opened my eyes to mental health, to how real of a thing it is," Frost said. "Even though we're young, it still could affect you. ... I knew that she was going through a lot and that her struggles were very valid. No one was really understanding that."

Eventually, another friend informed a guidance counselor of the girl's struggles, and she received professional help.

"It's definitely important that people check in on all of their friends," Frost said. "Even if your friends seems like they're doing all right, they might not always be fine."

The experience transformed Frost into a mental health advocate, though it took her some time to speak with confidence, fearing that people would not take her seriously. Initially, she refrained from telling her mom about Buddy Project. And it took her a year to post about it on Facebook.

But with the help of her mother, she turned her project into a nonprofit organization that supports mental health facilities. To raise money, Buddy Project sells various t-shirts advocating mental health. Last month, it conducted its first community fundraiser to honor of Mental Health Awareness Month.

Soon, Buddy Project will debut an app that will give users greater control in selecting a buddy and eliminate a manual pairing process that Frost conducts each week. And she hopes Buddy Project can establish chapters at colleges and high schools.

Now, Frost is unafraid to raise her voice.

"It's just a conversation that needs to happen," Frost said. "If I need to be the one that sparks that and help other people talk about it, then I really want to be that person. I just want to lead the way for other people to speak up and gain that strength to talk about mental health."