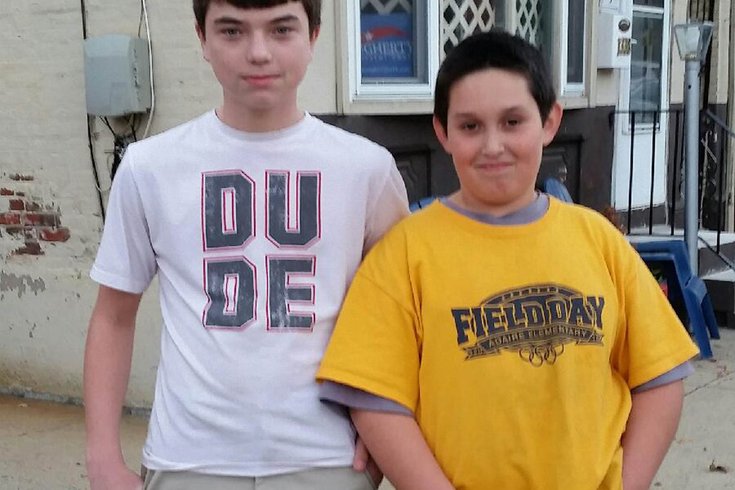 When a 10-year-old boy was reported lost Thursday to police in Fishtown, two boys sprang into action to help find the lost child.

Sgt. John Massi of the 26th District said the incident arose between 3 and 3:30 p.m. after a woman stopped at Alexander Adare School, on the 1300 block of Palmer Street, to pick up her children.

At that time, Massi said, her son stepped out of the car to stretch his legs and wandered off. Messi said the woman arrived at district headquarters on Girard Avenue worried about the missing boy.

As he began canvassing the area, Massi said he met two boys on the street, David Cordero, 10, and Sean Greene, 14, who were walking along the sidewalk. After showing the boys a photo of the missing child, the boys said they recognized him and ran off in search of the boy.

Within 10 minutes, the boys had called police and said they found the missing child, Massi said. The officer said the boy was only about a block from where his mother had stopped near the school.

"Apparently, he was walking in circles," Massi said. "The story is good PR, sure. But, if we didn't get him, it could have been really bad."