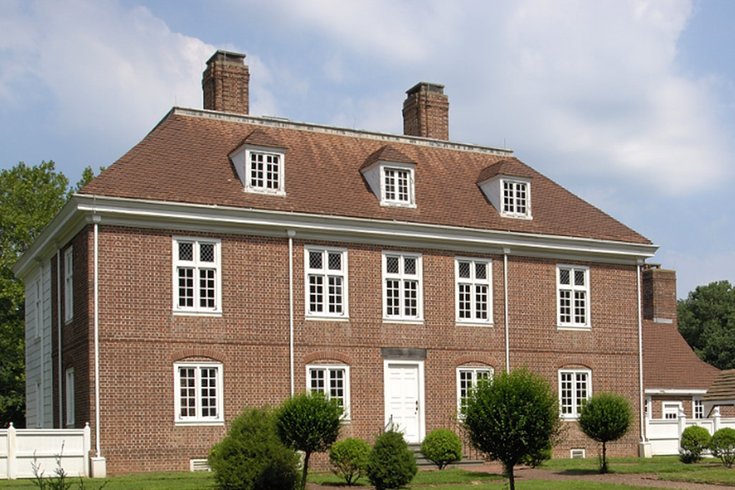 Pennsbury Manor, the country estate built by William Penn and rebuilt in 1939, sits along the Delaware River in Morrisville, Bucks County.

Update, Thursday, July 19: Former Gov. Dick Thornburgh will no long attend the event due to a scheduling conflict, the organizers of the governor's panel at Pennsbury Manor have announced.

Four former Pennsylvania governors – and current Gov. Tom Wolf – will gather in Bucks County in September to mark the 300th anniversary of the death of commonwealth founder William Penn.

The first-ever Pennsylvania Governors' Panel will bring together former governors Tom Ridge, Mark Schweiker, Ed Rendell and Tom Corbett to the grounds of Pennsbury Manor in Morrisville from 1 to 4 p.m. on September 29.

Though he was initially slated to attend the event, the office of former Gov. Dick Thornburgh has told organizers he can no longer make it do to a scheduling conflict.

Tickets at $185 – a three-course lunch is included – went on sale on Tuesday morning. Only 400 tickets are available, and organizers expect a sellout. The event will raise funds to support educational programming at Pennsbury Manor.

The current and former governors will share insights from their terms in office and discuss how they approached the challenges and opportunities of governing such a historically complex and diverse state.

Penn, the commonwealth's first governor, built and lived at Pennsbury Manor. A reconstruction of the estate opened in 1939. The museum offers guided tours several times a day from Tuesday to Saturday.