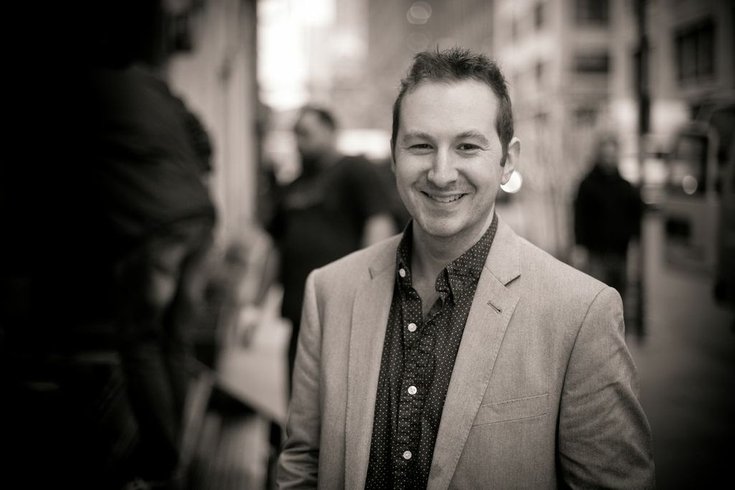 Brian Abrams is the hilarious author of "Party Like a President: True Tales of Inebriation, Lechery, and Mischief From the Oval Office." He also serves as editor-in-chief of SpinMedia's click-inducing Death and Taxes Magazine. See him tonight, May 29, at South Street watering hole Tattooed Mom as he signs books and discusses his work with Geekadelphia's pre-eminent nerd, Chris Urie.

If you were to become president of the United States, how would you party in the White House?

Honestly, it's a wonder that so many of the presidents made it out of the White House alive, much less sober. If I were somehow in any of their shoes, I'd probably be hooked on heroin. (So let's be thankful I'm not?)

Have you been to Philadelphia before?

I've never been! But my allergies are killing me, so I'm hoping maybe there's a sauna at the hotel? How prissy do I sound right now, seriously? Just wait till you meet me.

If you could only drink one cocktail for the rest of your life, which cocktail would it be?

Gin and dry vermouth shaken with olives. Or scotch on the rocks. Basically, anything that's easy for an impatient alcoholic.

What advice would you give an aspiring writer?

Find an assignment or a subject you love and obsess over it. Wrap your arms around that sucker and try to understand as much as [expletive] possible. Then start stalking literary agents.

Which U.S. president do you most relate to?

Probably LBJ for the dick jokes. Seriously, he had so many. And he used his own as a prop in the House Office Building bathroom when he would step away from the urinal, shake it and jokingly ask colleagues, "You ever seen anything as big as this?" I mean, mine obviously isn't as big (he was 6 feet 4 inches tall and 225 pounds and nicknamed it "Jumbo"), but I appreciate his crudeness, is what I'm trying to say here. May I be excused?