Vibrio vulnificus has also been found in the Delaware Bay and recently sickened a boy in Ocean City, Maryland 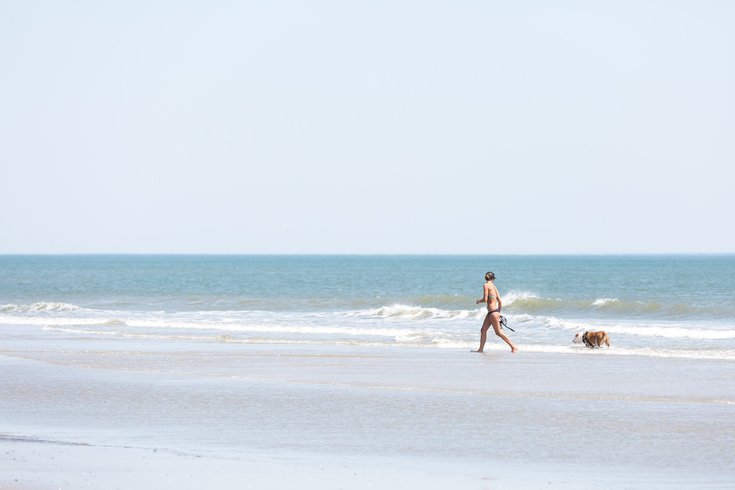 A flesh-eating bacteria called Vibrio killed a 77-year-old Pittsburgh, Pennsylvania woman on Monday. The same bacteria has been found in the Delaware Bay and Ocean City, Maryland.

A 77-year-old Pittsburgh woman died from a flesh-eating bacteria she contracted while walking on a Florida beach on Monday.

Lynn Fleming, who recently retired to the Florida Gulf Coast, stumbled and fell into the water on Coquina Beach while her family was visiting from Pittsburgh, Time reported.

Her wound swelled and continued to bleed after the incident, her family said. A day later she was taken to the hospital and died after suffering from two strokes and organ failure.

The bacteria that caused her death, identified as Vibrio vulnificus, has been previously detected in the Delaware Bay, whose waters touch parts of Delaware and New Jersey. A study released last month said rising water temperatures, or climate change, may be to blame for the spread of the bacteria, which was previously found only in the Southeastern U.S.

Fleming's death comes just days after a woman in Ocean City, Maryland, says her son was diagnosed with the same flesh-eating infection, causing small wounds to develop all over his body during their family's vacation to the beach.

After being diagnosed with Vibrio, Brittany Carey posted on Facebook that her son is being properly treated and now healing normally.

The U.S. Centers for Disease Control and Prevention recommends avoiding raw or undercooked oysters or other shellfish, as Vibrio can also be contracted through the consumption of seafood.

The CDC also warns beach-goers to stay out of salt water if you have a wound, or to cover the wound with a waterproof bandage. If a wound does come in contact with sea or brackish water, wash it thoroughly with soap and water. If you develop a skin infection, tell your medical provider immediately.