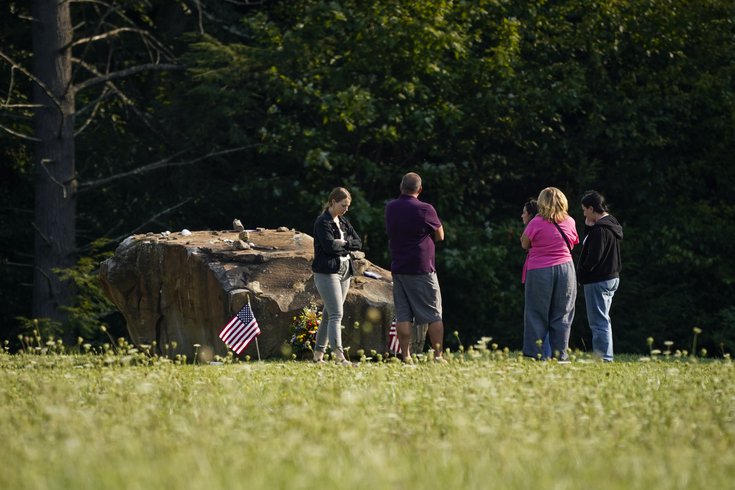 Visitors pay tribute to the victims who died aboard United Flight 93 in Shanksville, Pennsylvania, where a hijacked Boeing 757 plane crashed after passengers revolted in the air during the terrorist attacks of September 11, 2001.

Twenty years after the terrorist attacks of 9/11, the magnitude of what happened that day remains as deeply chilling to comprehend as the vast bevy of source material that survived the unforgettable chaos of that era.

From transcripts of phone calls between desperate loved ones to rare video footage, interviews and recollections from scrambling government officials, the fragments of 9/11 never fail to recast in our minds the suffering and bravery displayed by ordinary Americans whose lives the attacks took and changed forever.

It is a testament to the scope of 9/11 remembrance that seemingly every anniversary teaches us something new that we hadn't yet encountered about the experiences and national context of the time. This is especially true for younger generations of Americans who will only grow in number as years pass, making the importance of documenting 9/11 that much more necessary and meaningful.

Among the countless vantage points we have to contemplate the legacy of 9/11, the resistance of the passengers aboard United Flight 93 is perhaps the most stunning sequence of events to piece together from the historical record.

On Saturday, in addition to stops in New York and Washington, D.C., President Joe Biden will visit Shanksville, the western Pennsylvania town where a Boeing 757 cratered into an empty field at 563 mph, killing all 40 passengers and four hijackers who were thwarted en route to a suspected collision with the U.S. Capitol.

The site, now marked by a powerful National Memorial, will again be honored as a symbol of "among the most courageous acts in American history," as former President George W. Bush, who will also speak at Saturday's event, remarked on the 10th anniversary in 2011.

Saturday's memorials can be viewed live as they unfold over the course of the day in the stream below.

A luminaria ceremony was held Friday night to pay tribute to the victims aboard Flight 93. 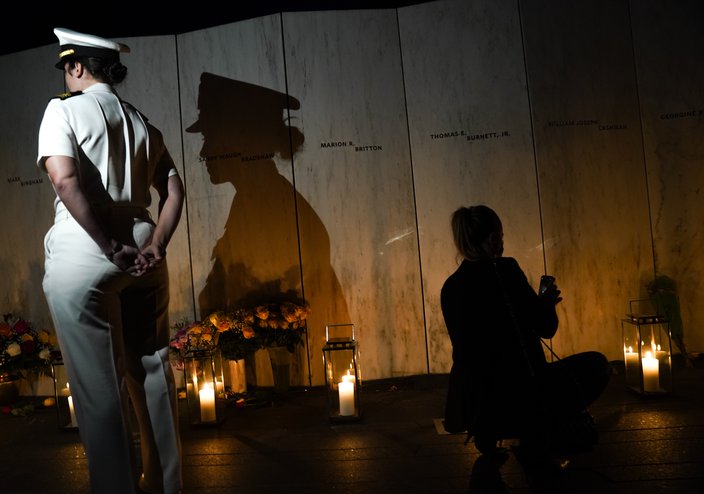 With another decade gone by, the weight of the event and the importance the nation attaches to it still hangs over the tiny town in Somerset County, about 80 miles southeast of Pittsburgh.


The story of Flight 93's path to Shanksville is crucially linked to a delay of more than 25 minutes that occurred before the plane took off from Newark Liberty International Airport bound for San Francisco. The delay, caused by heavy air traffic on the morning of Sept. 11, enabled enough information about the unfolding terrorist attacks to reach the passengers and convince a daring group of them that they had no choice but to take action into their own hands.

A pair of gripping documentaries on YouTube recount the gut-wrenching events that led up to the crash of Flight 93, including interviews with family members of passengers and government officials who were monitoring the situation in real-time.

As the 40 passengers and crew members on Flight 93 became captives of a frightening terrorist plot, their phone communications with family members and emergency personnel let them know what was transpiring at the World Trade Center in New York and at the Pentagon in Washington, D.C.

The hijackers, who took control of Flight 93 by wielding knives against the plane's pilot and first officer, had falsely told the passengers that one of them was armed with a bomb.

With their lives on the line, the passengers had only about 30 minutes to process the grim scenario, vote on their plan to revolt and make a valiant effort to storm the cockpit, where they hoped to somehow reestablish control of the flight.

Voice recordings from Flight 93's cockpit and from phone calls made during the flight starkly illustrate the struggle, panic and resolve of those who fought for their lives — preventing a much more deadly attack from occurring. Flight 93 was only 20 air minutes away from Washington, D.C. at the time the plane went down.

The hijackers, too, could be heard jockeying to stave off the revolt, even tipping the plane's wings and tilting its nose downward to throttle and disrupt the passengers' entry to the cockpit.

The U.S. military, aware of the imminent danger, also had sent out a pair of F-16 fighter jets that hadn't even had time to load missiles to take down Flight 93. The plan, rare for the United States, would have been to intentionally ram the passenger aircraft with the two fighter jets from the Air National Guard, effectively sacrificing their pilots to ensure the hijackers didn't reach their destination.

At 10:03 a.m., amid an intense struggle for control inside the aircraft, Flight 93 crashed into the empty field that has made Shanksville not only a memorial destination for thousands of Americans, but a lasting source of pain, pride and ambivalence among the small population that calls the area home.

The rumble and cloud of smoke that rose above Shanksville on 9/11 was followed by a swarm of FBI investigators and recovery teams who scoured what was left of the mostly incinerated aircraft, whose nosedive sunk the ground about 10-15 feet. Pieces of the plane and other scattered items that remained intact are now housed inside the memorial that has been run by the National Parks Service since 2015. The "Tower of Voices," built 93 feet high in 2018, stands outside as an "instrument" of the victims who died aboard the flight.

For residents of Shanksville, perhaps the most enduring memory of 9/11's imprint on the town is the original, temporary memorial that formed on a chain-link fence meant to keep people away from the investigation of the crash site. Flags, hats, patches and other items were affixed to the fence to commemorate those who died in the backyard of an obscure farming community that has become synonymous with their fate.

Stories about Flight 93 resonate today as an unscripted facet of 9/11, a foil in the terrorist plot that speaks to the character of the strangers on board. In abject fear, they banded together in sacrifice to avert the deepening of a national disaster already in progress.

Gordon Felt, the brother of a Flight 93 passenger and founder of the organization Families of Flight 93, spoke this week about the significance of the 20th anniversary.

"Once again, the eyes of the world are back on Flight 93, the World Trade Center and the Pentagon," Felt said. "It's an opportunity for us to look back over 20 years and reflect on our losses — reflect on the ripple effect of September 11 and how it continues to create loss and create great strife for us. But it's also a unique opportunity for us to reach out to a new generations of young students and even young teachers to help tell the story of Flight 93, about the heroism, about the sacrifice, the honor that was demonstrated by our loved ones that morning."

As Americans reflect Saturday on the passage of two decades since the 9/11 attacks, Felt's message about the power of learning is perhaps the most important lesson to be drawn from the anniversary.

The emotional scars of 9/11 run deep for those who lived through the collective trauma, which came to define the politics and national spirit of a generation — sometimes for the better, often for the worse. Historical distance and perspective now afford us a path to knowledge that comes from a place of sharper clarity, arming citizens and leaders with the wisdom to recognize the ways in which America's unity can be harnessed for good and its vengeance spun out of control on a world stage.

The anniversary of 9/11 will always be a time to honor those who lost their lives and the families who were shattered by such a devastating and ideological spectacle of violence. It's also a day to remind the people who love us how grateful we are to have them.

Just as importantly, in the years and decades ahead, the tragedy of 9/11 should always move us to become a better-informed country by engaging with the historical record — the disturbing, yet awe-inspiring legacy those events and their aftermath have left behind for us to study.