A great friendship was born 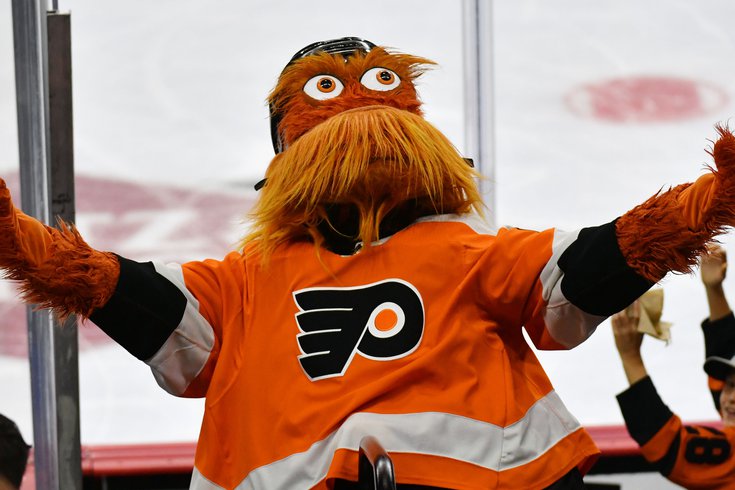 Philadelphia Flyers mascot Gritty amps up the crowd at the Wells Fargo Center in South Philadelphia.

The Flyers dropped their season opener in Philadelphia on Friday night in a 5-4 shootout loss to the Vancouver Canucks, nearly pulling off a comeback in an exciting start to the year.

Defenseman Ivan Provorov recorded an assist in the game, but his real magic happened on Friday before the puck ever hit the ice.

Now in his fourth season as mascot of the Flyers, Gritty is showing he's earned the full trust of the team.

In an adorable video, Provorov forged a relationship between his dog and Gritty, whose gigantic blob appearance would reasonably scare the crap out of most animals.

At first, Provorov's dog seems skittish about Gritty, but there's obvious curiosity. As they warm up to each other, the dog takes all kinds of petting from the Flyers mascot and flashes a huge smile in a photo at the end. The video is accompanied by the seasonally appropriate "Monster Mash" for added effect.

Gritty has otherwise been out acting like an idiot playing Frogger in Center City, and met another tiny dog who couldn't get enough of him.

Also also, here’s a vid of me playing in traffic pic.twitter.com/mlGGfYxq06

The Flyers' season continues Monday night with another home game against the expansion Seattle Kraken at the Wells Fargo Center.