Flyers will be underdogs (again) in Game 7 on Saturday 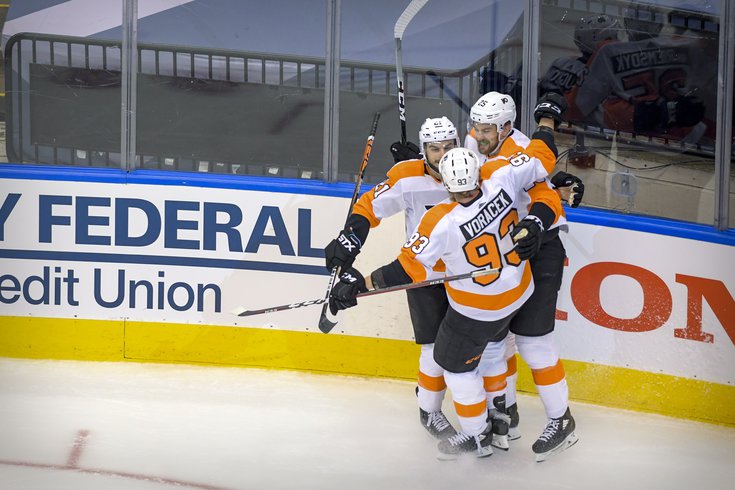 The Flyers are one game away from making history.

It's absolutely remarkable that the Flyers won Game 6 in double overtime.

For anyone who watched the one hour and 35 minutes of game time, it was pretty clear that the Islanders were dictating the pace, were controlling the puck and were getting more than their fair share of shots (taking 53 to the Flyers' 31). The Flyers have also gone 0-for-11 this series with a man advantage and have yet to hold New York under three goals in a game.

How, on earth were the Flyers able to extend their season?

Ivan Provorov — who netted the game-winning goal — certainly deserves a ton of credit, but if Carter Hart doesn't make every one of his 49 saves, the Flyers are flying home from Toronto right now.

"It was a lot of emotions," Flyers' captain Claude Giroux said late Thursday after the win. "We were up 2-0. They came back 3-2. We tied it up. They got another. We tied it up. In overtime, there [were] chances on both sides. It’s not a secret. Carter kept us in this game. He made some huge saves for us. I was pretty glad to see Provy’s shot go in there."

The Game 6 win marks the third multi-goal lead blown by the Flyers, and the third overtime winner. How should fans be feeling right now? It depends if you are a glass-half-empty or glass-half-full kind of person.

With a 22-year-old in net and a team clearly exhausted from playing nearly an entire extra game's worth of overtimes, will the Flyers have enough juice to not only cross the finish line with a victory, but to take it to the imposing Lightning in the Eastern Conference Finals?

"It doesn’t matter if it’s Game 7 or not," Hart said. "We played like it was Game 7 today and came out with the win. We just have to keep to the system and play the game right. Hopefully we can get a win on Saturday or whenever the next game is. We can’t start thinking about it’s a Game 7. It’s been a Game 7 for us for a long time here."

The Flyers have been underdogs in each of their last three games, winning two of them (after being favored in the first three). According to TheLines.com, Philly is once again an underdog heading into Game 7 (+108 money line consensus odds). Facing elimination for the third straight time, after trailing 3-1, their Stanley Cup odds remain pretty long, at +910 via TheLines' consensus odds.

The odds couldn't matter less to the Flyers, who are looking to make history in the bubble.

"We got to go out there next game and compete, try to do the same thing," Game 6 hero Provorov said. "I think the last few games, we played the right way. We got to continue to do the same. Get off to a great start and then see what happens."