Winners will be announced at food-filled gathering June 13 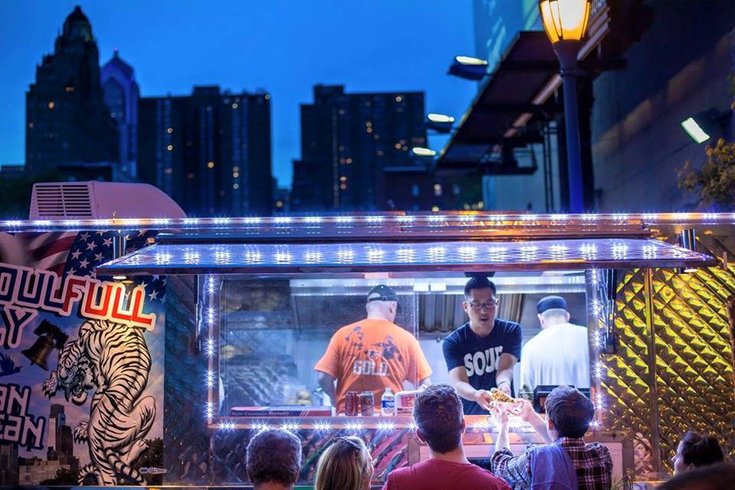 The SeoulFood Philly food truck, seen here at Night Market, won Rookie of the Year at the 2015 Vendy Awards.

Fifteen of Philadelphia's favorite food trucks will gather on the John F. Kennedy Bridge Saturday, June 13, for the 5th Annual Vendy Awards, an event that honors the best in street vending. The hungry public and a select panel of judges will decide the winners after a day of munching on what they've got to offer.

Competing for the Vendy Cup, which is voted on by the judges, are Foolish Waffles, Flying Deutschman, Mom-Mom’s, The Mixin Bowl and Butter Food Truck. Rigatoni’s Mobile Crab Cakes, Jerry’s Kitchen, Philly Fry, SeoulFull Philly and Las Olas Philly will compete for Rookie of the Year. Up for the Best Dessert prize are Pound Cake Heaven, Sweet Lavender, UndrGrnd Donuts, Jimmies Cupcake Co. and Luscious Bakery. Finalists are selected from public nominations.

Tickets to the Vendy Awards include unlimited yummy samples from the attending trucks, all-you-can-drink from the beer, wine and soda bar with a beer list curated by Sly Fox and a vote for your favorite truck.

Proceeds from the night benefit The Food Trust and the Philadelphia Mobile Food Association.