The former Eagles running back will be joined by co-hosts Eytan Shander, Geoff Mosher and Krystle Rich 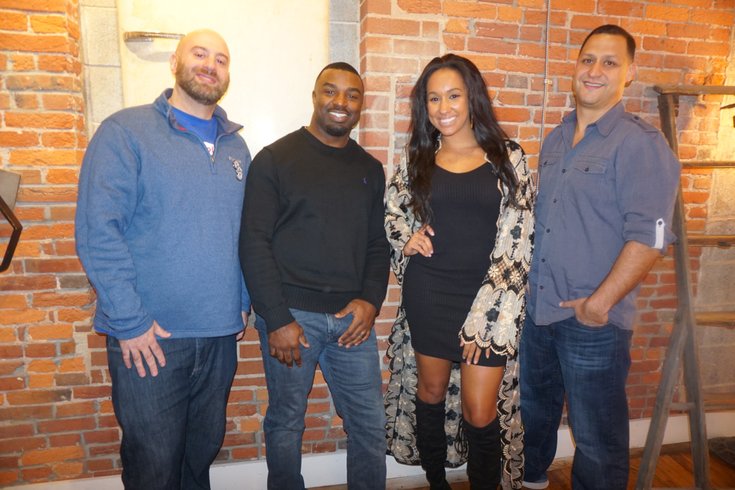 Philadelphia is a sports town. That goes without saying.

Former Eagles running back Brian Westbrook knows that more than most. After all, he spent his college years at Villanova before being drafted by the Birds and spending eight of his nine NFL season in their backfield. But, after retiring back in the Philly area, Westbrook also knows it's about more than just sports.

As he puts it, Philly is about "being real." And that's just what he hopes to provide with "For the Record," a new Philly-centric web series and podcast starring Westbrook and a trio of sports media veterans.

First, there's former 97.5 The Fanatic host Eytan Shander, who also appears regularly on FOX 29, 97.3 ESPN radio in Atlantic City, and co-hosts the new "Derailed" podcast with fellow former Fanatic host Harry Mayes. They're joined by  veteran reporter Geoff Mosher, who has been covering the Eagles for a decade and a half and currently hosts WIP's "Inside the Birds" podcast, and Philly newcomer Krystle Rich, who currently co-hosts "Sixers Outsiders" on NBC Sports Philadelphia and has worked in several top markets around the country, as well as at national outlets like ESPN and NFL Network.

And it's that variety of voices and perspectives that Westbrook believes will set this show apart.

"I think what makes this special is that we all bring different perspectives," Westbrook, who previously worked alongside Shander and Mosher at The Fanatic, told PhillyVoice. "Geoff is from the media, journalism background, and he's covered sports across the board. And I think, one of the interesting things is that Geoff and I, we're married — and this will make sense in a moment. Eytan, obviously coming from his perspective covering sports on radio and TV, and being a single man, he gives that perspective. And Krystle, being a young lady covering sports in a lot of different cities — she's been on the West Coast, she's been here, she's covered sports on different platforms — I think that's important. And then myself, being a former athlete, you know I love the game. But I'm also experiencing fatherhood and what life after football is really all about.

"And so we all come from different perspectives. You know, we're going to talk about a lot of different subjects — it's not only going to be solely sports. It is a sports-based show, but we're going to talk about relationships, the culture of music, which we just talked about the other day, and obviously, the sports. There are going to be a lot of different things to cover on this show, and it's been really cool these last couple of weeks taping it, but I think a lot of people will be drawn in.

"Philly is all about sports — I think we know that — but they're also about being real. They're real people. We're not in Beverly Hills; we're not in some crazy place. We're about being real and having fun and enjoying life. And the four of us are certainly about that as well, so I think a lot of people will like it."

As you can see, this isn't your typical hot-take sports shouting show.

"The goal of the show is entertaining as well as informing, but it’s also about the way in which it’s conveyed. Four people, in a chilled out setting, talking about anything from sports to music to life. And we don’t take any breaks — it’s a full hour without traditional commercial breaks, so you really get to be a part of the conversation as we have it."

"For the Record," which is co-produced by hip-hop icon Erick Sermon and BOC Inc., is an hour-long weekly web series that the creators have dubbed, "the anti-sports talk show, a break from the monotony and repetition of terrestrial sports-talk radio." It will be available on YouTube as well as a podcast on iTunes, with the first episode debuting right here on PhillyVoice.

The format will be simple — the four hosts will discuss a variety of topics from sports to culture to entertainment in the form of a free-flowing conversation, with little interruption.

"I think the biggest thing was moving away from the constraints of the radio show and being able to talk and flow more," Shander added. "You’ll get more of a Brian Westbrook that you won’t hear on a radio show or see in a TV hit. The goal is to provide a well-rounded and unique perspective, one that comes with four very real — but very different — people."

You don't have to sit around and wait to find out, because the first episode is out now, and you can watch it below.