Andrew Stober, who recently stepped down as Chief of Staff at the Mayor's office of Transportation and Utilities, is expected to announce his bid soon 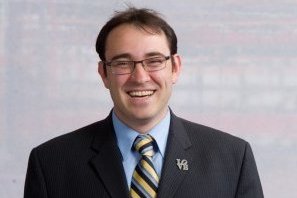 Andrew Stober is the former chief of staff of the Mayor’s Office of Transportation and Utilities in Philadelphia. He ran as an independent for an at-large City Council seat.

Former Chief of Staff for the Mayor's Office of Transportation and Utilities Andrew Stober is expected to announce an independent bid for an at-large city council seat, PlanPhilly writer Jon Getting is reporting.

Before serving as Chief of Staff to Deputy Mayor Rina Cutler, Stober held the position of acting Director of Strategic Initiatives at MOTU.

"He is a celebrated transportation wonk and was thought to be one of the brightest young aides to Mayor Michael Nutter," adds Philly Magazine's Citified column.

According to Geeting's commentary, an independent Council bid is an "intriguing and unusual" political strategy for Stober.

"I'm curious to see what readers make of his chances,” Geeting wrote. “If Stober is able to collect enough valid signatures to get on the ballot as a first-time candidate as an independent, he would enjoy the much lower bar of competing for one of the two At-Large Council seats that's guaranteed to a non-Democrat."

Geeting went on to explain that Philadelphia's city charter bars the majority party from holding more than five of the seven At-Large Council seats, reserving two seats for non-majority candidates.

"Those seats are typically claimed by Republicans, as the city's second-largest organized political party, but nowhere does it say that a non-affiliated candidate can't hold them."

Read the full commentary at PlanPhilly.