Former Eagle Jon Dorenbos: Every day that I’m here is another day I shouldn’t have had 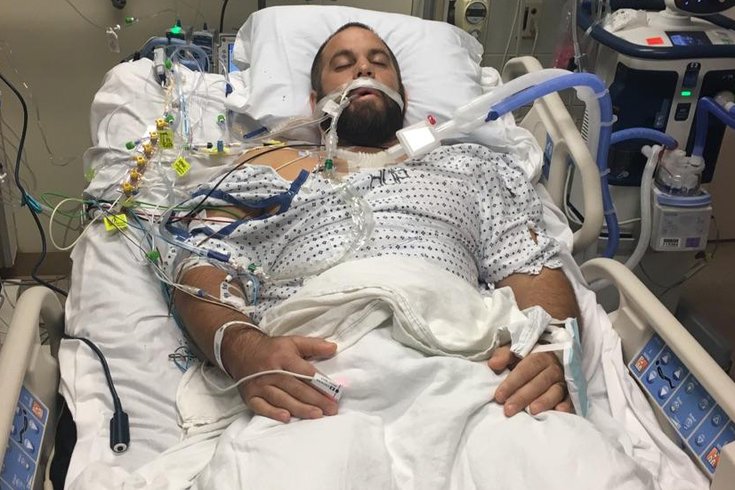 Jon Dorenbos experienced a treat on Thursday. It was the first Thanksgiving Day he was home in Huntington Beach, Calif., with his family in almost 20 years.

The beloved former Eagles long snapper had no doubt much to be thankful for, as he jokingly kidded about rubbing his belly stuffed with turkey and gradually working his way up to a life-long reminder of how fortunate he is — the eight-inch-long vertical scar that runs down the middle of his chest.

Then there were those other things, too, he was thankful for, like being able to talk, feeling the water on his face when he took a shower, rolling the window down and feeling the breeze when he drove, hearing the oil sizzle in a pan when you crack an egg. The little things we all tend to take for granted bring the 37-year-old, 14-year NFL veteran to tears.

“I’m crying all of the time,” said Dorenbos, who underwent heart surgery on Sept. 12 to repair an aortic aneurysm that was discovered after he was traded from the Eagles to the New Orleans Saints on August 28. “Hey, I think tattoos are cool, but I think scars are sexy. Now I have one. Scars don’t bother me. The chain of events that happened, it’s crazy. The doctor in New Orleans put a stethoscope to my back, I took three breaths and wound up in the hospital.

“I was told by multiple surgeons that if I got a good hit to the chest, the percentages for me were significantly higher for me dying than living. They all said I probably was going to die on the field.”

Instead, Dorenbos is gradually getting stronger with each passing day and planning out his future after football. It’s not the way he wanted to leave the game since he was on the Saints, who are 8-2 and lead the NFC South, and since he wasn’t ready to retire just yet.

Dorenbos finds himself much more informed about the human heart, which if anyone who knows his backstory would never question. He also found out he had a long-undetected birth defect.

Most people have a three-leaflet valve (tricuspid). Dorenbos only had two. This undetected birth defect is how actors John Ritter and Alan Thicke died. Actor Bill Paxton died during surgery to repair type-A aortic dissection.

It was hard to leave football, Dorenbos explains, but he has a very strong reason why.

“People come up to me all of the time and tell me how great the Saints and Eagles are doing, and I’m really happy for my friends on both teams,” said Dorenbos, who turned his phone off for a month and found out he received over 2,000 messages. “Well, my only other option was dying. Maybe if I was released by the Saints and still felt healthy, I would have given it another shot. But when your only other real option was a strong chance of dying, all of a sudden it’s not that bad to be done.” 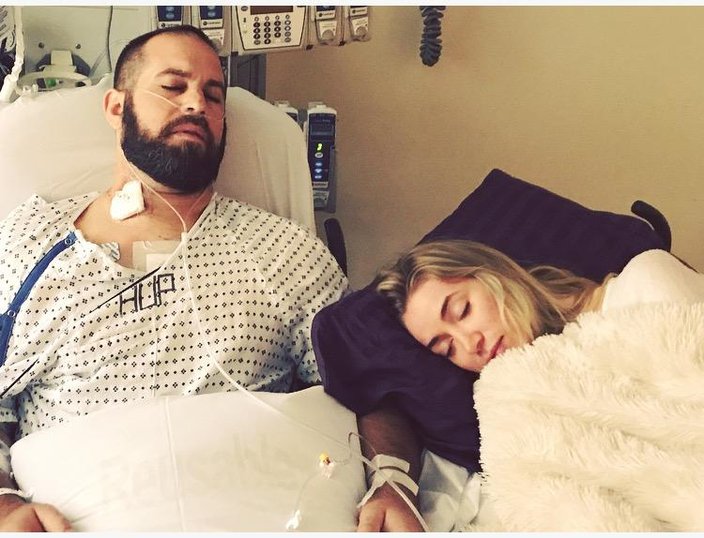 Dorenbos, however, is far from done.

He’s doing work with the “Ellen DeGeneres Show,” and there is a movie in the works about his life and career. He also plans on being an advocate for the rare type of heart defect he had with Dr. Joseph E. Bavaria, who performed the surgery on Dorenbos and is employed by Penn Medicine and considered the best in the world at bicuspid valve repair and aortic aneurysms.

The noted magician who captured the nation’s attention as a finalist in 2016’s “America’s Got Talent,” Dorenbos has a new man in his life, a dog he calls “Saint.” He already has 2,000 followers on Instagram.

"You realize how much people are pulling for you. I love Philadelphia. I love Eagles fans."

He says he’s at about 50-percent physically.

He’s hoping to have an involvement with the Eagles in his future. The Eagles and Philadelphia, he says, have been a large part of his life that he will never forget.

Then there’s the movie project and he has a book in the works. He has about 150 pages written and the manuscript is being presented to New York publishers. Dorenbos is also very close to Mike Tollin, the director of the movie “Radio.” The two have been talking about a project involving Dorenbos’ life.

Dorenbos may never have another bad day in his life. All he has to do to remind himself of where he was, and where he is, is to touch that scar.

“I’m in a good situation,” Dorenbos said. “My fingers will feel that scar every day the rest of my life. There are parts of the scar you can feel through my t-shirt and parts of it still hurt. Every time I see my friends and my Eagles family, I just cry. Every day that I’m here is another day I shouldn’t have had if things went the way they were going. A lot of times what I had goes undetected. 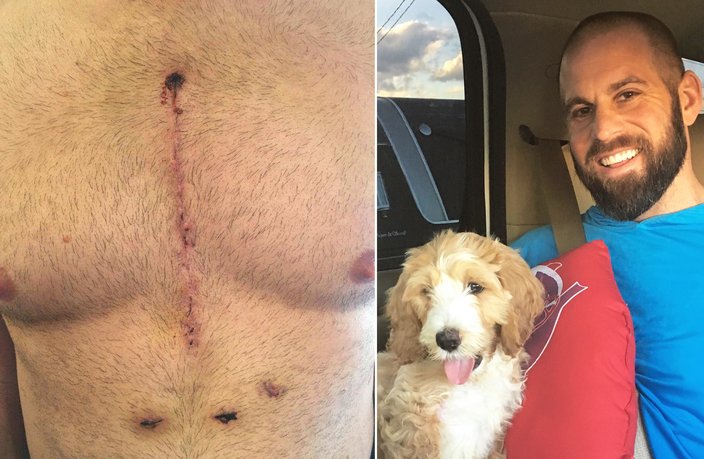 “I want to create an awareness of this. It’s something that I’m talking with Dr. Bavaria about. You have to understand that the Eagles will always be a part of me. Keep in mind that there will always be a part of me that’s bummed that the Eagles are killing it and I was there for so long and I’m not able to be a part of it. That sucks. When I think of the other alternative, it’s not so bad. And Ellen DeGeneres gives me something to look forward to every day. She’s an amazing woman, allowing me to do so much. She’s not only a kind-hearted woman, she’s willing to help so many others.”


It took a while for his appetite to come back. He lost about 30 pounds due to the surgery. He’s around 240 now. A few days after he was released from the hospital, Dorenbos and his wife, Annalise, who’s been an unsung hero through this whole process, went to a local bar in the Philadelphia Navy Yard. It was in the middle of the day. No one approached them to ask for an autograph. Some patrons peered up from their tables in recognition of the former long-time Eagle.

When Dorenbos left with Annalise through the patio section of the bar, one man stood up and gave Jon a slow clap. Soon, it was followed by others. By the time he drove away, a good handful of customers were clapping and cheering for him.

“You realize how much people are pulling for you,” Dorenbos said. “I love Philadelphia. I love Eagles fans.”

“The first time I picked up a deck of cards I enjoyed it. Hearing the riffle shuffling a deck of cards is one of my favorite sounds of all time. After the surgery, I would pick up the cards and put them back down. Then one day I got the cards in my hands and started playing around again.”

Annalise came over and kissed him, saying, “It was good to see you doing that again.”