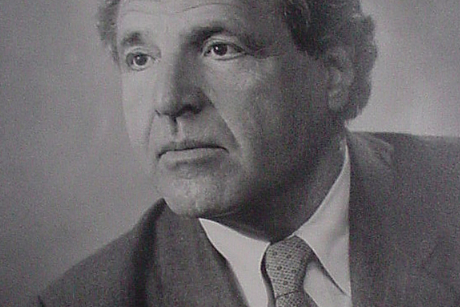 Former New Jersey Attorney General Robert Del Tufo, who served as the state's top prosecutor from 1990-1994, died Sunday afternoon of lung cancer at the age of 82.

Del Tufo, born in Newark in 1933, was the son of an Italian immigrants and brother of Raymond Del Tufo, who also served as Attorney General of New Jersey in the 1950's.

As a U.S. attorney for New Jersey from 1977 to 1980, Del Tufo was tasked with prosecuting the Abscam investigation, a high-profile case centering on an FBI sting operation in which American politicians were videotaped accepting bribes from an Arabian company, The New York Times reports.

Del Tufo famously argued that Senator Harrison A. Williams, a Democrat in New Jersey, was entrapped in the operation that netted convictions of seven U.S. congressmen. The case would later loosely serve as inspiration for the 2013 black comedy 'American Hustle.'

When the U.S. Justice Department assigned the case to its own prosecutors, who upheld all seven convictions, Del Tufo resigned as a federal prosecutor amid claims that his reluctance to indict Williams reflected poorly on New Jersey's commitment to the case. Del Tufo denied that his decision had anything to do with Abscam.

The Princeton and Yale Law graduate would later attempt a run for New Jersey governor in 1985. He lost in the primary and was later appointed Attorney General by Democratic Gov. Jim Florio.