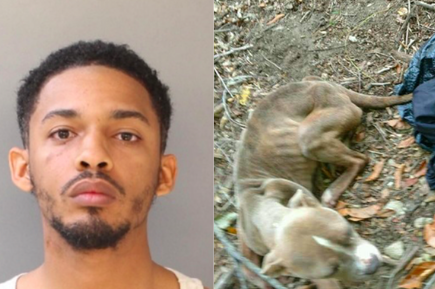 A former Philadelphia police officer who pleaded guilty to abandoning an abused pit bull in a trash bag will never again be able to own another dog, the Pennsylvania SPCA announced Thursday.

Michael Long, an 11-year veteran of the department, was suspended a year ago with intent to dismiss following his arrest in the disturbing November 2016 incident.

Just before Thanksgiving that year, a hiker walking her dog at Wissahickon Valley Park was startled when her pet directed her to a trash bag containing an emaciated pit bull.

The female, named Cranberry for the holiday, was nursed back to health at a local PSPCA shelter before her adoption later that year and has made a full recovery, officials said.

Long, 33, was charged with misdemeanor animal cruelty and related charges. Under the terms of his plea, he will serve one year of probation and can never have a pet dog.

“The PSPCA’s Humane Law Enforcement Team, and everyone who cares about animals and their welfare, should count today’s guilty plea as a victory,” said Nicole Wilson, PSPCA director of humane law enforcement. “While we may never know why this brutal crime was committed, we have an admission of guilt, and perhaps most importantly, Cranberry’s life was saved. We are proud to report that she now lives in a safe home where she is loved and will never be the victim of such cruelty again.”