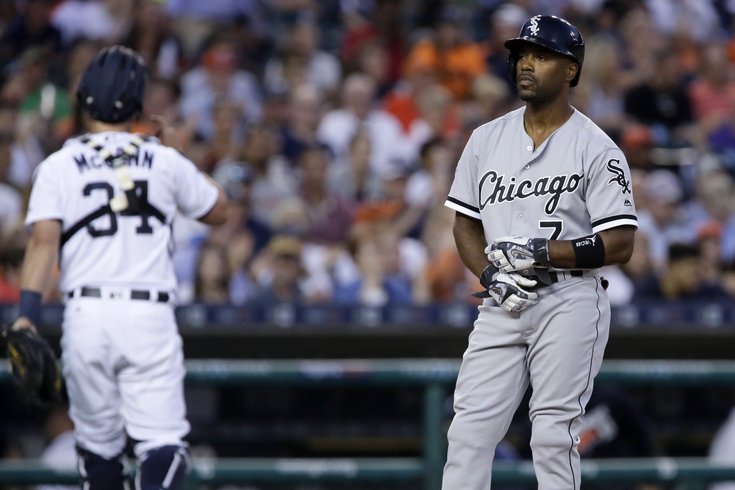 Jimmy Rollins, the Phillies' all-time leader in hits, has been designated for assignment by the Chicago White Sox in order to make room on the roster for the organization's top prospect, Tim Anderson.

On Tuesday, Chicago GM Rick Hahn said that the decision to call up Anderson wouldn't be in reaction to anything that was going on at the big league level, but rather because the team feels "he’s ready to help make us better, not because of anything that is going on in this clubhouse."

Prior to today’s game, the #WhiteSox designated shortstop Jimmy Rollins for assignment and purchased the contract of shortstop Tim Anderson.

However, had it not been for the former National League MVP's struggles in Chicago this season, he may still be with the Sox.

Rollins, who spent 15 seasons with the Phillies and made three All-Star appearances in addition to the aforementioned MVP in 2007, is a career .264 hitter and is just 55 hits shy of reaching 2,500 for his career.

Now, the Phillies' hit king will likely be placed on waivers. Should he clear, the Sox could chose to trade or release the 37-year-old. They also have the option to outright Rollins to triple-A, although it's hard to imagine a guy like that accepting a job in the minor leagues.

Not exactly the way you want to see one of the Phillies' all-time greats go out. At least we'll always have this...