17-year-old Patrick O'Neill was killed on October 30, 1975, in his Almonessan Road home 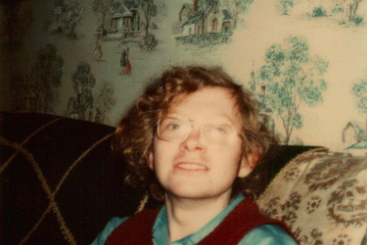 Patrick O'Neill was killed at his home in Deptford, New Jersey, on October 30, 1975. The case remains unsolved, but family Gloucester County investigators continue to seek leads.

On October 30, 1975, 17-year-old Patrick O'Neill was walking home from a half-day spent at his cooperative education construction job in Deptford, New Jersey.

The teen, regarded by family and friends as a promising, ambitious young man, never made it to Halloween day. Forty years later, his murder remains a cold case, but the O'Neill family and Gloucester County prosecutors have refused to relinquish hope of finding his killer.

Investigators believe that as O'Neill approached his home on Almonessan Road that afternoon, he noticed there had been a break-in and an intruder was rummaging around inside, according to NJ.com. It was not the first time the house had been burglarized.

O'Neill entered the house through the back door, hoping to interrupt the suspect. When he entered the kitchen, the slight-framed teen met the armed intruder. He was shot multiple times in the head. The killer escaped and O'Neill's body was not discovered until a friend, stopping by to return an eight-track tape, found his body on the kitchen floor 40 minutes later.

Michael O'Neill, Patrick's brother, now lives in Lousiana and continues to reach out to the public on social media – Deptford residents past and present – for help in solving the case.

“We struggle every day with the thought that there are people who have direct knowledge of the events of that day, yet still fail to step forward,” O'Neill said in an e-mail to the Gloucester County Prosecutor's Office, posted Friday afternoon on Facebook. He hopes to "prod people's memories and perhaps a conscience or two."

Gloucester County prosecutors continue to treat the O'Neill case as an active investigation.

A few years ago, Detective William Perna and Detective Cpl. John Seneck of the Deptford Police Department took over the case, which has been handled by several Deptford, county and State Police officers over the last four decades.

“We have gone into many new areas in the investigation," Perna told the Gloucester City News in 2012. "People are providing information. We are working jointly with the Naval Criminal Investigative Service regarding DNA in this case.”

Investigators are using new technology in the case, but gathering new evidence is a challenge because the farmhouse has been demolished, O'Neill's parents have died and only Patrick's three brothers remain.

Detectives have reorganized the massive homicide file and have re-interviewed many of the people police spoke to during the initial investigation. Some of them are now as far as North Carolina and upstate New York.

In 2010, Gloucester County Prosecutor Sean Dalton told NJ.com about the difficulty, but also the promise, of pursuing leads in a cold case.

“Time, although certainly not an ally, sometimes brings new leads and evidence from citizens who care about their community,” Dalton said. “Hopefully that truth will come out and the killer of a promising young man will be found.”

The O'Neill case is one of 19 unsolved homicides in Gloucester County. Each has its own assigned detective to keep the investigations alive.

A $10,000 reward, part of which has been contributed by Michael O'Neill, is being offered for information leading to the arrest and conviction of the person or persons responsible for his Patrick's death.

“We continue to have faith that those responsible will be identified and held accountable in some way,” O'Neill said.

Anyone with information about the homicide is encouraged to contact Det. Perna at 856-385-5645 or Det. Seneck at 856-845-6300 (ext. 1362). No tip should be considered insignificant, Det. Perna stressed. The Gloucester County Prosecutor’s Office also maintains a texting tipline on which information can be provided anonymously. Text GLOTIP & your message to CRIMES (274637).