Founding Footsteps are the new kids on the block 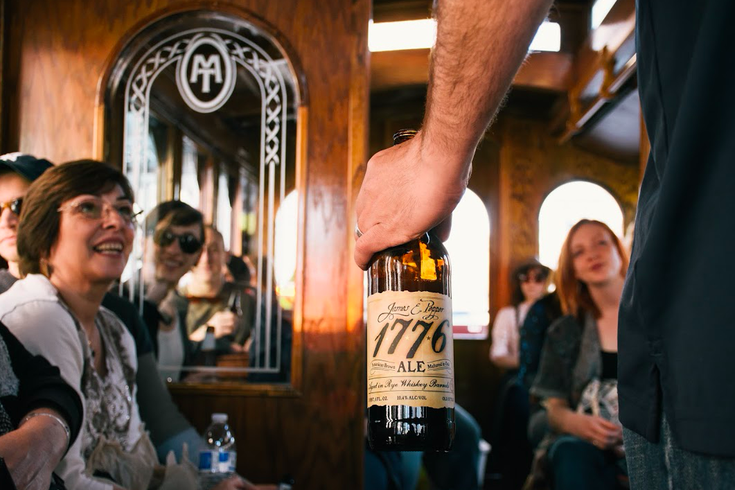 Bring beer or wine for a trolley tour through the city with Founding Footsteps.

There are plenty of tours through the historic district and to Philly landmarks, but a tour that lets you bring your own beer or wine along is new -- and so fitting for a city that loves pop-up drinking spots so much.

"Our goal is to give you the most personal and unique tour in all of Philadelphia," Founding Footsteps states on its website. If there's something you've been dying to see or do in Philly, the tour will do its best to accommodate.

The trolley stops at City Hall, Boathouse Row and the Rocky Steps at the Philadelphia Museum of Art, but they also throw in a few "surprise" destinations. Along the way, the tour guide will point out other major landmarks as guests sit back and sip their drinks.

BYOB tours are around two hours long and only run on Saturdays and Sundays, leaving from the corner of Third and Arch streets. Anyone under 21 must be accompanied by a guardian.