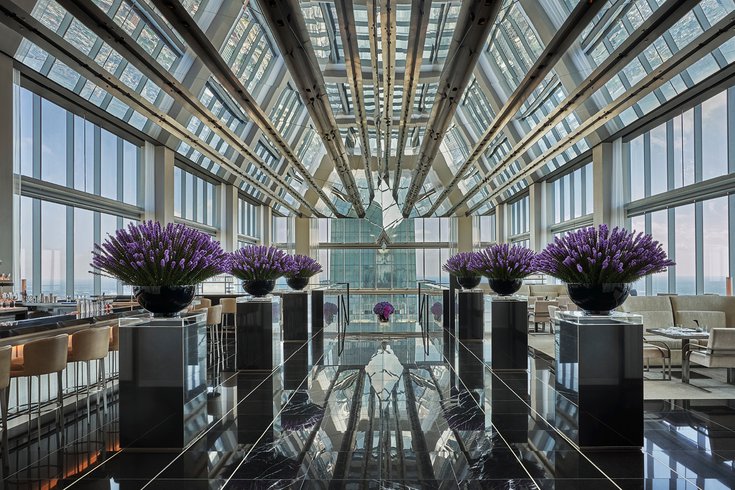 Philadelphia is now home to one of the top 100 luxury hotels in the world, according to Forbes Magazine's sneak peek of its 2021 Travel Guide.

The Four Seasons Hotel Philadelphia, located on 12 floors of the Comcast Technology Center, received the coveted five-star rating from Forbes inspectors who visited and sampled amenities at the Center City skyscraper.

This is the first time a Philadelphia hotel and spa have received a five-star rating from Forbes. 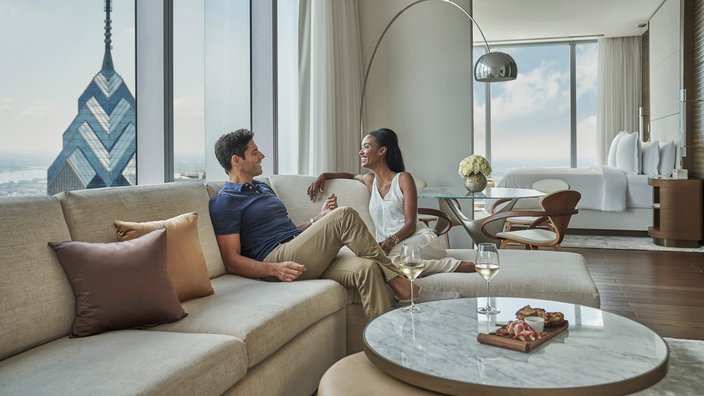 Inside the Four Seasons Hotel Philadelphia.

Since opening last August, the Four Seasons has quickly become a destination.


Spanning from the building's 48th to 60th floors, the hotel features 219 rooms and fine dining from award-winning chefs Jean-Georges Vongerichten and Greg Vernick (though dining is temporarily closed due to the coronavirus pandemic).

“Achieving this accolade, arguably one of the hardest and most distinctive in the hospitality industry, fills me with abundant pride in our special team of individuals,” said Ben Shank, general manager at Four Seasons Philadelphia. “Their genuine perseverance to create a comfortable elegance, coupled with authentic service, is now recognized on the world stage. On a personal note, with Philadelphia as my original hometown, I am humbled to be part of the team that has created a historic first for our wonderful city.”

The Spa at Four Seasons is not only the highest-situated spa in North America, but boasts walls packed with nearly 700 pounds of healing crystals to add serenity to the atmosphere. 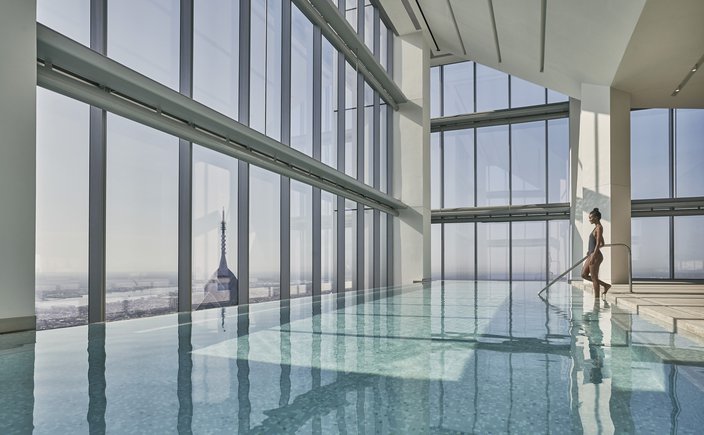 
Other highlights of the spa include a 30,000 gallon infinity pool and seven treatment rooms, each themed around a different healing crystal and chakra.

The Four Seasons Hotel Philadelphia and its spa will be featured in the upcoming 2021 Forbes Travel Guide. According to Forbes, these early hotel and spa winners were all inspected prior to the COVID-19 closures. The full slate of honorees will be revealed in spring 2021.